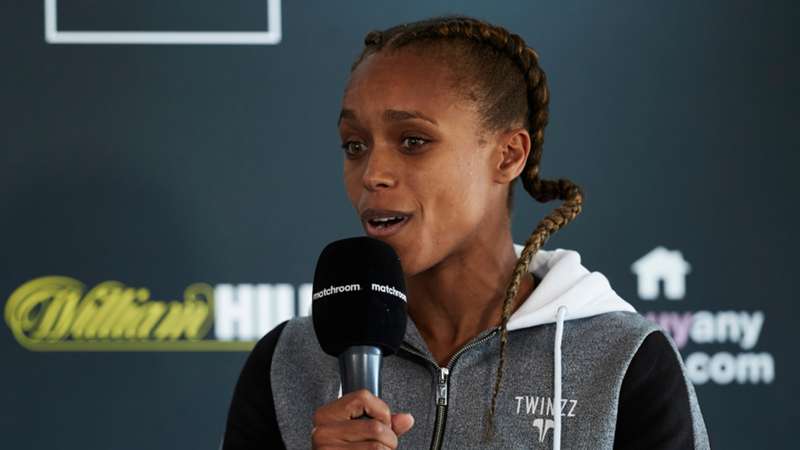 Recent performances suggest this fight could be much closer than it would have seemed two years ago.

Natasha Jonas believes Katie Taylor has already been shown to be a beatable fighter, and that she goes into her May 1 challenge for the Irish star's undisputed lightweight championship with nothing to lose.

Jonas surprised many with her fantastic performance against WBC super-featherweight champ Terri Harper at Matchroom Fight Camp last August, and the eventual judges' ruling of a draw did not sit well with some fans who felt Jonas did enough to capture the title.

A couple of weeks after that bout, Taylor defeated Delfine Persoon in their highly-anticipated rematch after looking quite fortunate to have escaped Madison Square Garden with her belts in their initial 2019 clash.

Jonas, who will reacquaint herself with old amateur rival and fellow London 2012 Olympian Taylor on the Dereck Chisora vs. Joseph Parker bill, believes the closely-contested pair of defences against Persoon prove that the champion can indeed be conquered.

"I think certain boxers have auras around them, like Canelo, like Taylor, like Lomachenko," Jonas told Sky Sports. "You think, 'They're unbeatable, they're indestructible.' Then someone comes along and beats them, and just shows that they are human.

"Nothing to lose and everything to gain. There's no pressure on me whatsoever and I'll be putting my best foot forward. I just hope she is too. I love proving people wrong, and I love proving other people right.

"Me and [trainer] Joe (Gallagher) were saying before the Harper fight, there's nothing that she does that's better than me, and nobody believed it. Nobody believed that I could win, nobody. I was saying, 'Okay, we'll see.'

Taylor vs. Jonas and Chisora vs. Parker take place live on Sky Sports Box Office in the U.K. and Ireland, and on DAZN everywhere else except New Zealand and Samoa.