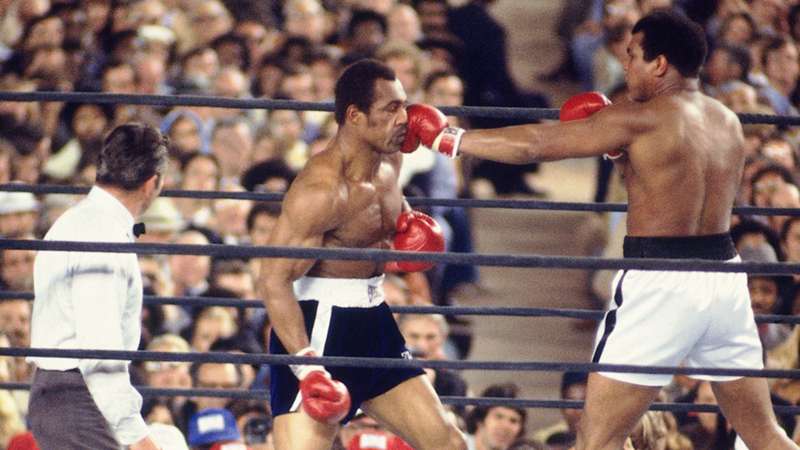 The moment left Ali calling rugged Norton the toughest fighter he had faced to date.

Joe Frazier is the most synonymous opponent attached to Muhammad Ali's name, as the rivals went toe-to-toe on three different occasions. However, "The Greatest" had another fight trilogy that tested every ounce of his abilities in the ring, and that opponent was none other than Ken Norton. Here's a look back on the first of three Ali vs. Norton fights: their March 31, 1973 tilt, which had Norton fracturing Ali's jaw and handing the global sports icon his second professional loss.

How Ali vs. Norton came together

Having suffered his first pro loss — to Joe Frazier on March 8, 1971 — Ali had gone on a 10-fight tear, counting wins against the likes of Jimmy Ellis, Buster Mathis, George Chuvalo and Floyd Patterson during the streak. That beefed up the then-31-year-old Ali's record to a dazzling 41-1 at the time and looking for his next challenge. Ken Norton, a then-29-year-old former marine and sparring partner of Frazier's, got Ali's attention via a ninth-round TKO of Henry Clark in November 1972. A few months later and "The Greatest" had agreed to meet Norton in the ring, as the bout was cemented to be held at the Sports Arena in San Diego, with Ali's NABF heavyweight title on the line.

While Ali may have stepped foot into the ring thinking he was going to cruise to victory, Norton's chiseled 6-3 frame alone said otherwise. His thudding punches then changed the narrative altogether, as those in attendance in San Diego and the many more watching the nationally televised bout from home would quickly realize that Ali was in serious trouble. While Norton asserted himself in the ring during the first round, the second round would become his signature career frame, as he blasted Ali so hard that he fractured his jaw.

"I felt it go. Didn't know it was a broke jaw, but I felt it," Ali said of the second-round shot in the April 23, 1973 issue of Sports Illustrated. "Got hit with a right cross over a left jab. When I got back to my corner, there was dark red, bluish blood comin' out of my mouth, but I didn't want to quit because there was too many people involved. All them people paid to get in to see me and all them people on television everywhere."

Proving how rugged he was, Ali managed to go the distance with the broken jaw, although he suffered a 12th-round split decision defeat, which marked only his second pro loss. Years later, Norton claimed that he actually fractured Ali's jaw during the final round.

The way in which Norton brutalized Ali in their first fight paved the way for a rematch less than seven months later at The Forum in Inglewood, Calif., on Sept. 10, 1973. The bout broke out in a firefight over several sequences, while Ali flashed his jab in attempt to try to keep Norton's pressure at bay. The end result was a controversial split-decision win going to Ali.

That cloud of controversy triggered a trilogy fight more than three years later on Sept. 28, 1976 — this time at the legendary Yankee Stadium in The Bronx, NY.

The interim period between the second and third fight had Ali defeating Frazier twice and George Foreman as well, and he entered the trilogy with Norton as the reigning unified heavyweight champion of the world. Norton, on the other hand, had a second-round TKO loss to Foreman and a fifth-round TKO of Jerry Quarry as the key moments between his second and third fight against Ali.

When the dust settled on the trilogy, Ali was declared the winner by unanimous decision, although Norton bullied him enough to think he should have won yet again.

Despite losing the series 2-1, Norton left the trilogy forever known as the fighter who cracked Ali's jaw and gave "The Greatest" all he could handle ... and then some. And that's not a bad fighting legacy to have as part of his 42-7-1 pro ledger.