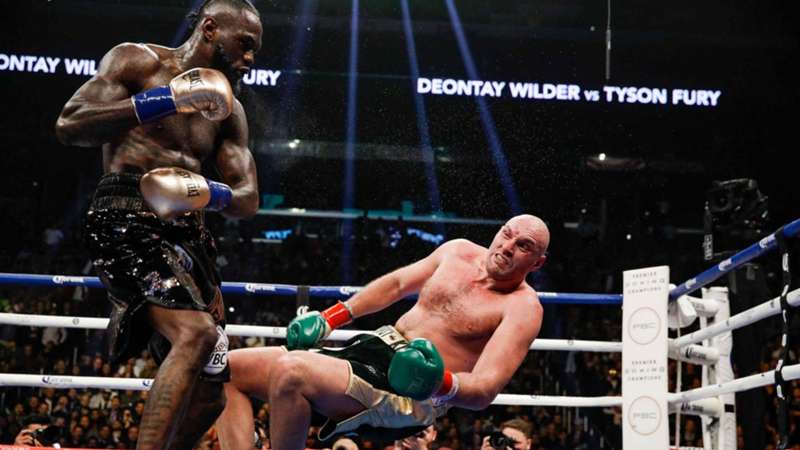 Tyson Fury and Deontay Wilder meet for a third time on Saturday night.

Roy Jones Jr believes Deontay Wilder’s power is the only way he can win a fight against Tyson Fury. The heavyweight rivals meet for a third time on Saturday night and Wilder is desperate to settle the score following a draw and Fury stoppage in their previous encounters.

Jones Jr, a former heavyweight champion, is excited for the fight but insists that Wilder must use his biggest strength. The Alabama man is seen as one of the sport’s biggest punchers and knows he possesses the artillery to hurt Fury after dropping the British fighter twice in their first meeting.

“If he can land that shot, he’s always got a chance,” said the four-weight world champion when speaking to FightHype. “They don’t call him ‘Bomb Squad’ for no reason. He earned that reputation with that name. If he can land that punch, he can change anything.

“He knows in the back of his mind he can put Fury down with that punch. He’s not looking at it like, ‘I’m going to go out and outbox him'. No, he’s thinking, ‘I’m going to put him down, and hopefully, he’ll stay down'. If not for those two knockdowns, he would have lost two times.”