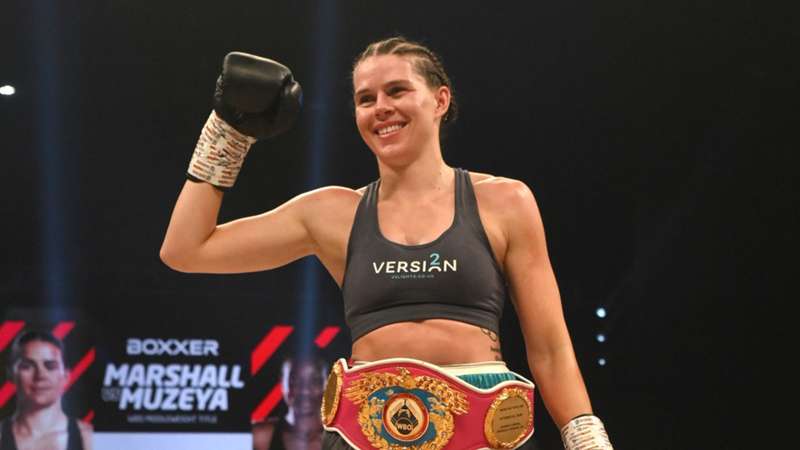 Savannah Marshall has suggested that Claressa Shields does not really want to get in the ring for an undisputed middleweight fight.

Marshall’s training plan requires an extra four or five weeks after surgery on her arm delayed plans for a late July bout between the pair. Shields holds the WBA, WBC and IBF belts at middleweight, while Marshall is WBO champion.

Shields has written on Twitter that she is considering other options, and Marshall has suggested ulterior motives for her decision to look elsewhere.

"She's tweeting that the fight's not happening and she's looking at other opponents," Marshall said to Sky Sports.

"Why, for four or five weeks pushback? She's saying that she's not putting her career on hold. Five weeks is hardly a gap year, for the magnitude and size of the fight, it's nothing.

"It boils down to if she really wants the fight, because I know for a fact the excuses that she's made already are a far cry from someone who is the self-proclaimed greatest of all time.

"If anything, she should want to fight me at my best to prove that she is the best out there."

The Briton explained why she needed surgery, saying: "The surgery was on my arm. It was an old injury that needed sorting. I was due to have an operation in March, but unfortunately my fight got pushed back to April, which has had a bit of a knock-on effect with everything.

"The fight with Claressa was due to take place at the back end of July, but I'm not going to be 100 per cent for that, it's just not possible.

"She comes across dead confident online but I know fine well behind the scenes that her head has fallen off."