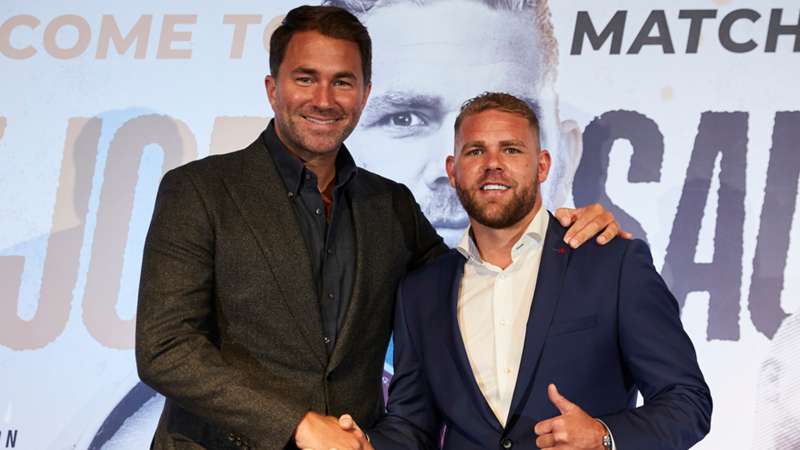 We won't have to wait long for the big super-middleweight unification fight — here's what has been announced.

It is official: Saul 'Canelo' Alvarez will put his WBA (Super), WBC and The Ring (lineal) super-middleweight titles up against the WBO championship of Billy Joe Saunders in a huge unficiation showdown.

It had been reportedly in the works ever since Saunders made his most recent title defence, outclassing compatriot Martin Murray and sending the affable veteran into retirement in December,

Now Canelo has vanquished his WBC mandatory, Avni Yildirim, in three rounds and came out of the Miami main event unscathed in the process, he can focus fully on his quest to unify the 168lbs ranks.

However Saunders has yet to taste defeat as a professional, and will want to be the one who goes on to be crowned undisputed champion. Whoever wins this contest will have one belt left to pursue: Caleb Plant's IBF title.

Who will emerge victorious on Cinco de Mayo weekend? Here's all the early information we have on the eagerly anticipated superfight.

When is Canelo vs. Saunders? Date, time, ringwalks

Alvarez and Saunders will do battle on Saturday, May 8. It is the fight night closest to Cinco de Mayo, the holiday which falls on May 5 every year and traditionally plays host to some of the biggest fights in boxing. With it being a midweek occasion in 2021, May 8 is the landing point for the super-middleweight clash.

No venue has been confirmed at this early stage, but Matchroom Boxing, who will stage the show alongside Canelo Promotions, have said that it will be announced in due course. When we know where the fight will take place, the show's start time and main event ringwalks will also be easier to estimate based on the venue's local time zone.

The card will stream live on DAZN in over 200 countries across the globe except Mexico, with confirmation of where the event will land in the UK and Ireland expected shortly. You can sign up for a subscription here  for as little as just £1.99 per month, depending on your location. If you are in Argentina, Chile and Colombia you must download from the Apple App Store or Android Google Play store.