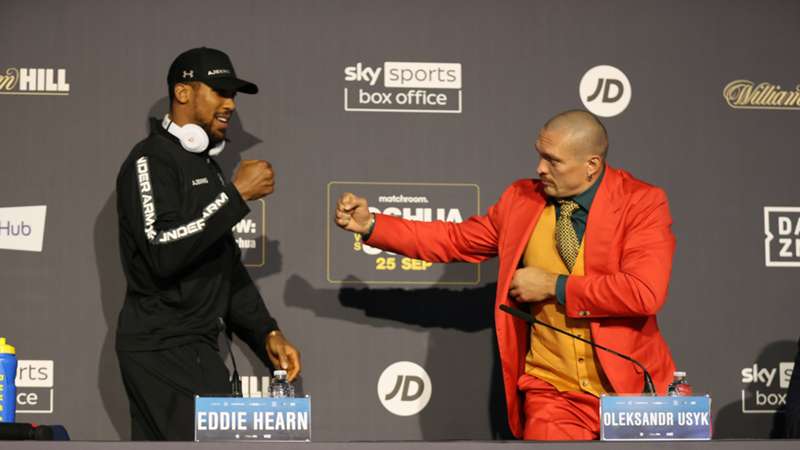 The DAZN Boxing Show weighed up the outcome of Saturday's fight.

The DAZN Boxing Show discussed the chances of an upset in the fight between Anthony Joshua and Oleksandr Usyk.

The pair will fight at the Tottenham Hotspur Stadium on September 25, with Joshua’s WBA, WBO and IBF belts on the line against his WBO mandatory challenger.

Discussing who would win the weekend’s fight, Akin Reyes suggested that while he is the overwhelming favourite, Joshua can be far from sure of victory.

“There’s a question about this one, he’s fighting an undefeated Olympic champion,” he said of Usyk, who came up from the cruiserweight as undisputed champion.

Barak Bess agreed, saying: “He's someone that can’t be slept on. Everyone’s looking at the advantages of the bigger guy.

“There are advantages of being the smaller guy too. Maybe speed, maybe legs, but AJ has legs too.”