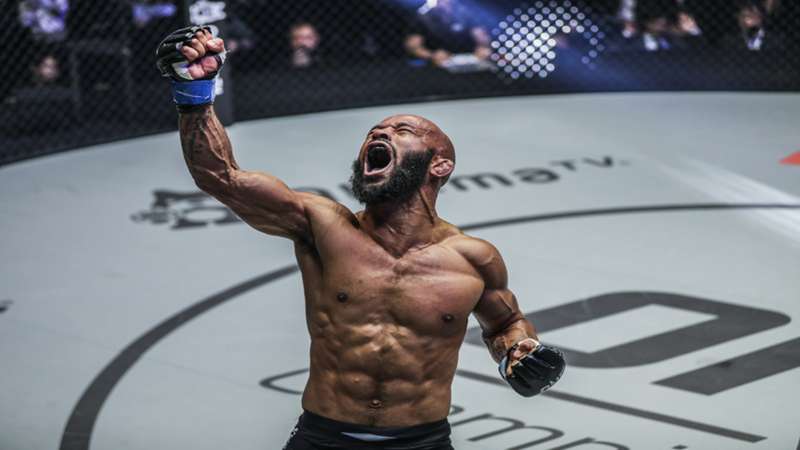 ONE Championship
Check your region for Canelo vs. GGG 3 on DAZN

What both fighters must do to be successful in this highly-anticipated rematch.

Adriano Moraes delivered a grand upset by knocking out Demetrious Johnson in their April 2021 tilt to defend his ONE Championship flyweight world title.

Now, "Mighty Mouse" looks to avenge his first pro loss by knockout when he once again challenges Moraes for the flyweight championship. The highly-anticipated rematch takes place live from Singapore Indoor Stadium in Kallang, Singapore on Friday night at 10 p.m. ET.

A victory and Johnson would only heighten his profile of being considered one of the greatest mixed martial artists of all time, as he'd add the ONE flyweight title to his nearly six-year reign as flyweight champ in the UFC from September 2012 - August 2018. A loss and Moraes would prove to have the legend's number and usher in his own wave of greatness.

With the stakes this high, DAZN lists the keys to victory for both fighters.

Johnson was slick and fluid in constantly switching stances from orthodox to southpaw in his original bout with Moraes. He should look to continue to alternate stances in this rematch but do so in a more stealth manner. Being seamless yet covert in switching stances would keep Moraes on his toes but also perhaps help prevent Johnson from getting caught off guard with a striking shot from the champion.

Use Moraes’s aggression against him with the clinch and knees

Moraes was skillful in working from the outside, but had moments when he pressured Johnson against the cage. “Mighty Mouse” should look to take sequences like this as cues to use Moraes’ aggression against him and initiate a clinch to then deposit knees. Doing so could slow Moraes down a bit and sap the champion’s energy enough to score the takedown that Johnson sorely needs. Knees to the midsection over time can take a lot from a fighter.

Using Moraes’s aggression against him can also serve as the best avenue to land a takedown. And if Johnson can manage to take the titleholder down, he only needs a sliver of an opening to create a submission. A look at the MMA great’s record will tell you that as 12 of his 30 pro victories have come by the way of submission. Getting that takedown would allow Johnson to negate Moraes’s striking and log enough control time to perhaps change the course of the rematch enough to manufacture that submission, whether it be by armbar, rear-naked or guillotine choke — some of the great's go-tos on the ground. Johnson doesn’t need much time to maneuver his way into a winning submission. But it will need to start with picking an opportune time to shoot and score a shrewd takedown.

Keep fight on the feet, use length and range

Keeping the fight on the feet empowered Moraes to use his five-inch height advantage and three-inch reach edge to punish Johnson on the outside. The Brazilian must continue to be the bigger fighter and impose his will over the smaller DJ in this rematch. Keeping the fight on the feet, using his length and range gives Moraes his best chance of retaining his ONE flyweight world championship.

Early on in their original fight, Moraes found success in launching a low leg kick under Johnson’s knee. The shot effectively spun Johnson out and made him reset his stance and offense. It might have also made the American think twice about how he was approaching Moraes. That being said, the Brazilian abandoned the pragmatic leg kick practically the rest of the way through. He should consciously fire it more in this rematch to force Johnson to reset each time. Doing so may also knock Johnson off balance enough for Moraes to swoop in and crush “Mighty Mouse” with some heavy-handed striking. Remember, it was an uppercut that dropped Johnson before Moraes’s knee to the jaw finished the job last year.

There was a moment during their April 2021 clash where Johnson was fighting forward and caught Moraes with a solid right hand. Johnson continued to pressure, looking to add combination damage to that shot. However, Moraes negated any momentum that “Mighty Mouse” was building by simply circling away. The movement was subtle each time Johnson pressured but oh so significant for Moraes. Not only did it allow Moraes to get out of harm’s way but it also allowed him to get back into range on the outside to set his own offense up again. He must continue to do this to stifle Johnson’s striking efforts. The quick, subtle circling back to the outside also works as savvy takedown defense because it creates space between he and Johnson. This movement could be as major of a key in the sequel as it was in the original.