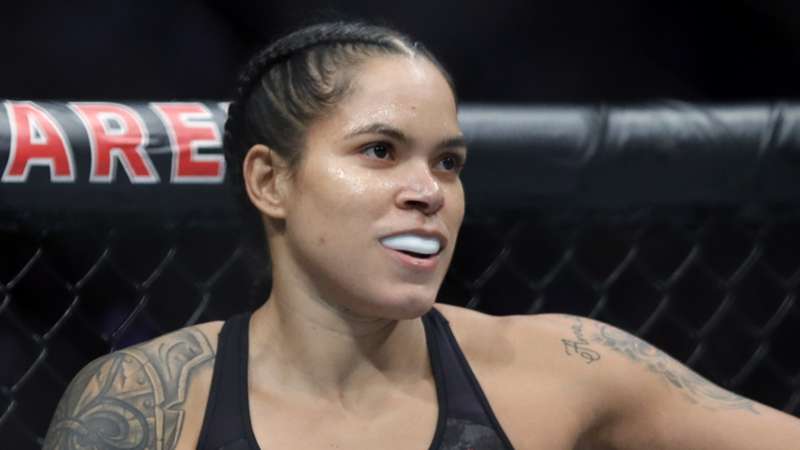 But first the "Lioness" will look to avenge her loss to Julianna Pena on Saturday night at UFC 277 in a world bantamweight title rematch.

Amanda Nunes’s sole concentration is locked on UFC 277 at the American Airlines Center in Dallas, Tex. on Saturday night where she’ll try to avenge her loss to Julianna Pena and snatch the bantamweight world championship back in the main event.

The “Lioness” has notched highlight eviscerations of Holly Holm, Cris Cyborg, Ronda Rousey, and Miesha Tate, to name a few, over the course of her legendary career. Finishing Pena as emphatically would only make Nunes’s lore as the greatest woman’s martial artist of all time that much more airtight.

That’s within the confines of the Octagon, of course.

Outside of it and across the terrain of combat sports stands a woman who simply goes by the “GWOAT” as in “Greatest Woman of All Time.” That’d be Claressa Shields, the only fighter, female or male, in boxing history to hold two undisputed world championships in two different weight classes (junior middleweight and middleweight) simultaneously.

Nunes and Shields have publicly entertained the possibility of clashing in a super fight someday the way Conor McGregor and Floyd Mayweather Jr. did back in August 2017 to great fanfare. However, nothing has materialized to date. Despite being laser-focused on Pena and taking back the bantamweight title she feels is rightfully hers, Nunes can’t help but still be enthused over the possibility of her and Shields meeting in a mega bout in the near future.

“I feel like that would be the biggest (fight) because she's big in boxing and I'm definitely a hit in MMA, so definitely it will be big,” Nunes told DAZN News over a Zoom conference Monday afternoon. “I feel like it would have a lot of good feedback from the fans.”

Why wouldn’t it? Especially if Nunes and Shields are successful in their next respective fights, which carry a similar theme — exacting revenge for a stinging loss.

For Nunes, the defeat remains more fresh with memories of the shocking December 11, 2021 submission (rear-naked choke) loss to Pena feeling like an open wound that she can only close with blunt force.

For Shields, it’s quite different. On Sept. 10 against Savannah Marshall from The O2 in London, Shields will look to avenge the only loss of her celebrated career as Marshall edged her in the amateur ranks in 2012. Shields has vowed to silence Marshall, who believes she still has her rival’s number.

A Nunes win Saturday night followed by a Shields victory in September and perhaps conversations for a proposed super fight can continue to entertain and possibly even gain some palpable traction.

Nunes naturally feels the need to zero in on Pena with this rematch carrying more urgency. But just know that she’s still down for a tilt with Shields.

“But my focus is Saturday to getting my belt back.”