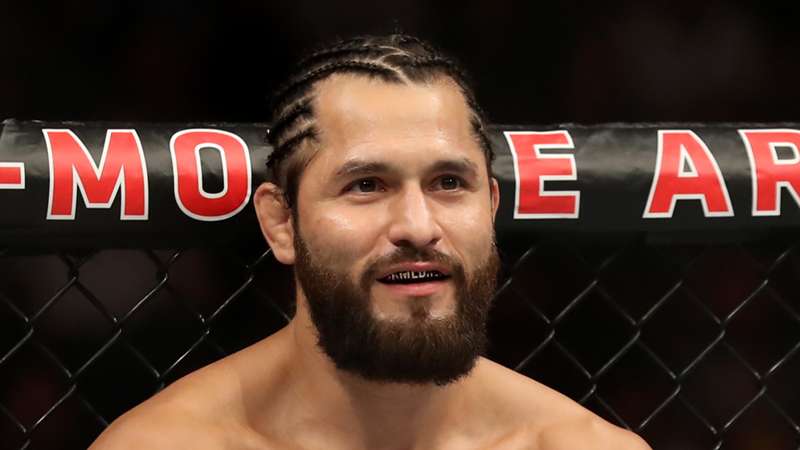 "Kamaru Usman has 57 fake personalities and not one of them is made for TV."

Just earlier this week, Jorge Masvidal and Kamaru Usman were blaming each other for their fight not happening at UFC 249 on April 18.

During their exchanges, Masvidal labeled the UFC welterweight titleholder as nothing more than a "crotch sniffing champ" and "clout chasing fragile dude."

On Thursday morning, Masvidal upped the ante even further by taking to his Twitter account and teasing a video mocking Usman.

Will the real kamarudeen please stand up. It drops in 30 minutes only on the Gamebred Network. Subscribe so you don’t miss it #theresurrection #andnew https://t.co/SMzbSZFwIm

What ensued was a video entitled "The Multiple Personalities Of Kamaru Usman" uploaded to Masvidal's YouTube account.

The clip begins by tracing back to Usman's humble wrestling beginnings with the following words scrawled across the screen: "Before he became known as Kamarudeen Usman from Nigeria, he was known as 'The American Dream,' Marty Usman, who was born and raised in Nebraska."

Seconds later, the video displays: "Over the next 10 years, the many personalities of Martin, Marty, Kamaru and/or Kamarudeen will battle over the national spotlight ..."

The video then shows Usman giving a wide range of interviews, while offering contradictory statements on Masvidal — complimenting him in some soundbites, but bashing him in others.

The tag line of the video states: "Kamaru Usman has 57 fake personalities and not one of them is made for TV."

Masvidal's video mocking Usman comes after the UFC welterweight champ unloaded on "Gamebred," explaining to his followers on social media why he wanted to fight Masvidal in an empty arena at UFC 249 on April 18.

Usman and Masvidal got into a heated verbal confrontation at Super Bowl Radio Row in late January and could very well end up fighting during International Fight Week in July if the coronavirus subsides by then.