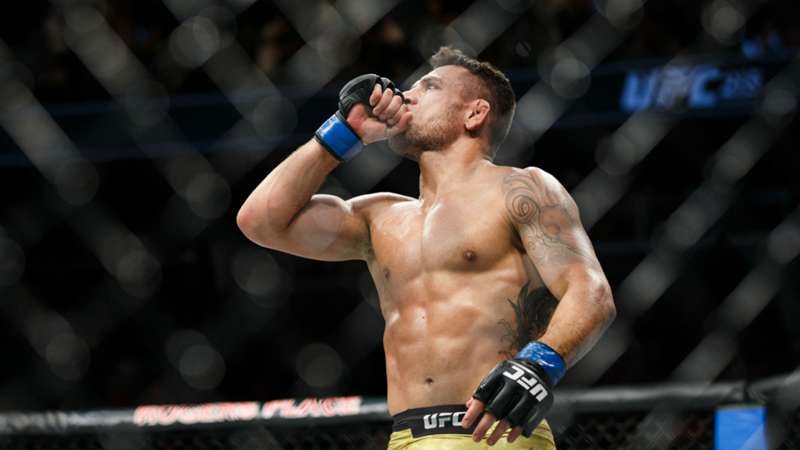 Dos Anjos was in action last March when he beat fellow Brazilian Renato Moicano via unaminous decision, while Fiziev is currently on a five-fight winning streak after a third knockout win over Brad Riddell late last year.

In the co-main event, Caio Borralho takes on Armen Petrosyan in a middleweight matchup.

Here's everything you need to know about Dos Anjos vs. Fiziev.

When is Dos Anjos vs. Fiziev? date, start time

The main card is set to get underway at 9 p.m. ET / 2 a.m. BST with the main event cagewalks scheduled for 12 a.m. ET / 5 a.m. BST. These timings could change due to the length of the undercard bouts.

What channel/stream is Dos Anjos vs. Fiziev?

ESPN+ will stream the fight in the U.S., while UK fans can watch the fight on BT Sport.

Where is the Dos Anjos vs. Fiziev fight?

The fight will take place at the UFC Apex in Las Vegas.