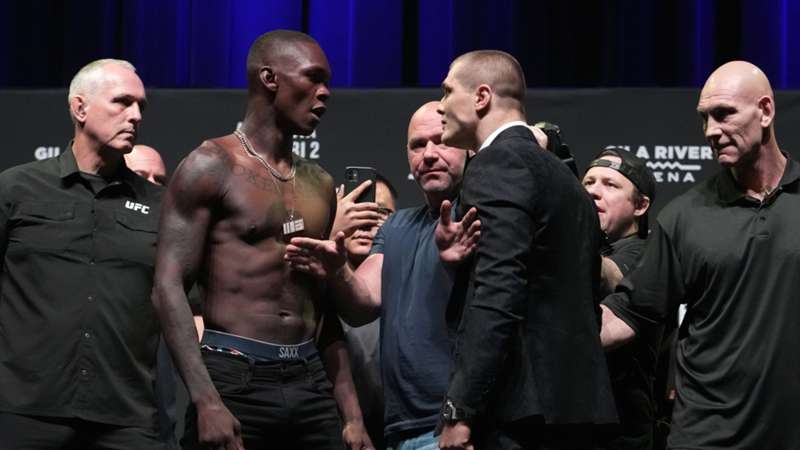 The UFC returns with another big event on Saturday as UFC 263 takes place from Gila River Arena in Glendale, Arizona, where Israel Adesanya defends his middleweight title against Marvin Vettori in a highly anticipated rematch.

The exciting pair faced each other back in April 2018 in an absorbing bout that could've gone either way but after three rounds, the verdict went in favour of Adesanya. The Nigerian is promising to win again.

"I'm gonna finish the job," Adesanya predicted in an interview on Saturday. "Last time you had hope because one dumb judge gave you that f—ing fight when everyone else knows that you lost that fight. This time I'm going to make sure. You're going to look at me and gonna realize it's over. This is it. You can't beat me."

After losing to Adesanya, Vettori won five consecutive fights to earn a shot at UFC glory for the first time. Like his opponent, Vettori plans on leaving no doubt this time around.

"I'm going to settle the score once and for all, and I'm going to show the world who's the best middleweight around," Vettori said in the same interview.

UFC 263: Israel Adesanya vs. Marvin Vettori 2 takes place on Saturday with the early prelims kicking the event off at 6:00 p.m. ET, before the pay-per-view main card begins at 10 p.m. ET. Adesanya and Vettorishould enter the Octagon at around 12:15 a.m. ET, depending on the length of the undercard bouts.

In the United States, the PPV price for UFC 263 for current ESPN+ subscribers is $69.99. New subscribers have the option of bundling an annual ESPN+ subscription and the fight for $89.98. The first half of the preliminary card can be seen on ESPN+ at 6:00 p.m. ET before switching over to ESPN at 8 p.m. ET.

The card will be held at the Gila River Arena in Glendale, Arizona. This will be the third UFC event in the United States since UFC 248 in March 2020 that a full capacity will be inside a facility. UFC 261 was the first event that allowed 100 percent attendance. Adesanya and Vettori compete at the venue for the second time, with their first fight taking there.