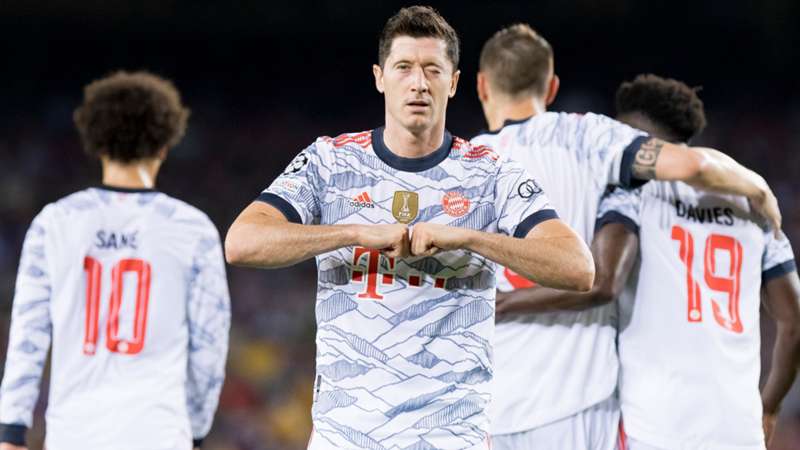 Thirty men have been nominated for the annual award, given annually to the best player in the world.

The Ballon d'Or never fails to create discussion and excitement as fans and pundits debate the rightful winner of the annual prize.

Given to the player deemed the best in the world, former winners have included legends such as Alfredo di Stefano, Eusebio, Johan Cruyff, Gerd Muller and Zinedine Zidane. In more recent years, Cristiano Ronaldo and Lionel Messi have dominated the proceedings, although Luka Modric broke up the duopoly in 2018 before Messi claimed the most recent award.

After COVID-19 cancelled the awarding of a 2020 Ballon d'Or, the list of nominees for 2021 includes the three most recent winners plus 27 other players. One name of the 30 will be chosen at the award ceremony on Monday, November 29 in Paris.

Here are the five front runners, along with their odds of winning.

That the man who has the most Ballon d'Or wins in history is once again nominated isn't exactly a surprise, neither is it shocking to see Messi among the favourites to claim the award this year.

Even with the turmoil at Barcelona becoming clearer during his last season at the Camp Nou, Messi still managed to lead La Liga in goals with 30. However, Messi's continued club brilliance is but a sidebar to his narrative over the past year, as the 34-year-old superstar finally led his country to an international trophy with Argentina's Copa America triumph over the summer.

Voted the tournament's best player, Messi's win at the Copa added the final piece to his god-like legacy in the game.

There has been no better striker in the world over the past year than the Bayern Munich hitman. In fact, Lewandowski's lethality in front of goal has been unmatched for a while now as the Polish international seems to get better with age.

Lewandowski poured in a ridiculous 41 goals in the Bundesliga in 2020-21 — 13 more than the next highest scorer. His prowess extended to the Champions League, where he scored in six straight appearances in Bayern's run to the quarterfinals, and with three goals in three games for Poland at Euro 2020.

At 33 years old, this is Lewandowski's best shot at a Ballon d'Or.

The Real Madrid striker tallied 23 La Liga goals in 2020-21, good for second place in the Pichichi Trophy race behind Messi. Also notable was Benzema's return to the France national team, with whom he scored four goals in four appearances at Euro 2020.

The Italian midfielder was hugely influential in Chelsea's unlikely 2020-21 Champions League title run and played a big hand in his national side's Euro 2020 championship, earning him the UEFA Men's Player of the Year Award.

This could be just the second year of the past 13 in which a player other than Messi or Ronaldo wins the Ballon d'Or. Lewandowski's scoring efficiency is second to none in the game today, and he's shown the ability to do it across multiple competitions and with different teams.

The old saying that goals win games is never more true than when the Polish striker is on the field, and his overall body of work may influence the voters into giving him the nod over a perennial Ballon d'Or winner in Messi.