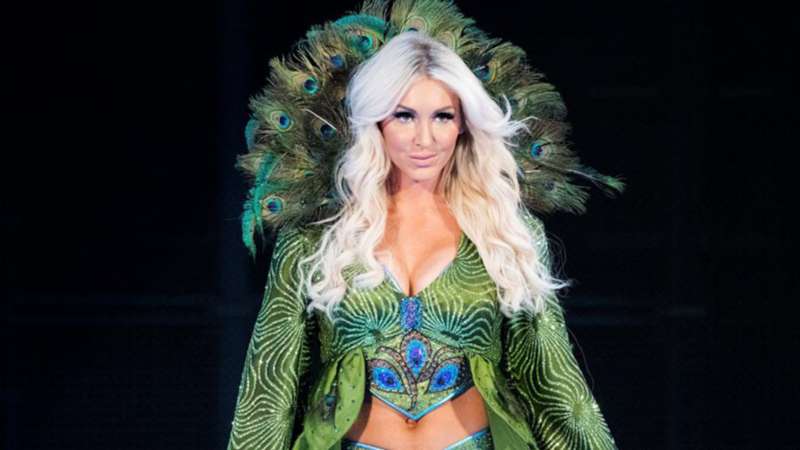 "The Queen" is on a new reign as Raw Women's champion.

Quite arguably, Charlotte Flair is the most decorated and greatest women's wrestler in WWE history.

She's stepped out of the shadow of her father, the legendary Ric Flair, to be one of the best overall performers in WWE.

Days after her historic win, "The Queen" sat down with DAZN to discuss winning the belt at SummerSlam, being the women's John Cena, and a potential showdown with Becky Lynch.

DAZN: In doing research, I saw that you're a 'Sex and the City' fan. Are you a Carrie Bradshaw or a Samantha girl?

Charlotte Flair: Oh, my gosh, I'm Carrie Bradshaw, but I was fascinated by the glamorous side of what Samantha did for her job. In reality, they're so sassy.

DAZN: A very good weekend last weekend for WWE. A ton of records were broken, and once again, you were right in the front and center of everything and being a really big part of the show in regaining the Raw Women’s title. When you hear that WWE is breaking all these records, and then you get attached to it because you're a big part of the show, what does that mean to you?

CF: It still hasn't hit me that it's already happened. I felt like SummerSlam this year was my WrestleMania, so just the build to it, the work that myself and everyone put into it, and having these live events leading up to it since we've had COVID, we haven't been on the road like that. We haven't had live events that we're not preparing but almost advertising for that big party at the end of the summer, and to know how well it did with the highest-grossing, the most-watched, the biggest attendance, it's like we must be doing something right. That's how big SummerSlam was, and to be a big part of that, I know everyone wanted to tune in watch me win my 12th championship, right? (laughs)

DAZN: Everytime I watch you doing that moonsault, I gasp because I'm like, ‘Why are you doing this?’ You have a very beautiful moonsault, but I'm like, ‘Why?' You really only bust it out for the big matches? Do you ever get scared at all just because that move onto the floor is such a dangerous maneuver?

CF: I've only done it a few times. I can tell you every single time I did it. One time on Raw when Sasha and I were the main event, and she beat me for the first time for the Raw Women's Championship in LA. The next time I did it was Orlando at WrestleMania 33, (then) SummerSlam the year Becky turned on me and became “The Man.” Then I saved it for this one. It's just not something that should be done every single time. I debated on doing it at Money in the Bank with our first live audience background. I was like if I do it there, then I can't do it for SummerSlam because I knew that we were going to be at the new Allegiant Stadium and the size of SummerSlam this year. There’s strength to do that. That's what makes it so special because I don't think anyone knew what was gonna happen when I went up there. So now it gives that element like, ‘What's she gonna do?’ I was a little nervous because I had new boots on.

DAZN: I saw Roman Reigns’ tweet about breaking records and getting the fans into a frenzy. It seems like you and Roman just get social media into a frenzy.

CF: I'm pretty sure everyone was on their feet when I won for the 12th time. Roman has had an incredible year. There are levels to this, but I'm on a different level myself.

DAZN: You talk about winning the belt for the 12th time. How does each title win differ from the other, particularly this one?

CF: This reign, I’m physically holding on to this title, as long as I can (laughs). Each reign is different because every opponent is different. I feel like I grow every single time. Whether it was winning the Divas Championship from Nikki (Bella), or winning the Triple Threat at WrestleMania 32, beating Asuka on SmackDown leading up to WrestleMania 35. I'm just in a different place every time. So that's why they always feel different to me, at least as a performer. Every emotion is different.

DAZN: I talked to Jake Paul recently, and I asked him this because you know what fascinates me about high-caliber athletes and how they deal with the hate and trying to block it out? How do you block all that out and just focus on each match because you get a lot of hate more than others?

CF: I don't think that I've blocked it out. I think I soak it in. I think that's almost a chip on my shoulder and what drives me knowing that I have so many critics, so I have to be that much better than I have to be. You know the cliche, ‘I must be doing something right as everyone's talking about me.’ It’s one of those things I keep telling myself. It's like keep doing exactly what you're doing and keep working hard. Keep moving forward, perform like you did at SummerSlam because what are they going to say? Instead of blocking it out, just soak it all in and use that as fuel. I still woke up Monday, and I felt, ‘Ah, she only got her 12th world title, and she’s Ric Flair’s daughter.’ I must be doing something right.

DAZN: Your dad was the ultimate heel. Is that something you took from your dad, like a bit of advice he gave you in terms of how to handle it? Or is it something you had to figure out on your own and navigate the waters?

CF: That was something I had to figure out on my own navigate the waters because I'd say something and my dad's like, ‘Why do you care, honey?’ You just have to have thick skin. Some days are easier than others. To me, it's all about just never giving it life. Never. Never giving something so negative. I guess what they want is attention. Now I'm the center of attention, again.

DAZN: You can make the parallel that you're the John Cena of female wrestling for WWE. He’s tied with your dad for the most world titles, and you have the most on the female side. Do you view yourself on that level because you're on top of your game and you're on top of the women's division in the WWE?

CF: First, I want to say there will never be another John Cena. He has meant that much to the industry. But I do know when I first started, and to this day, that is who I want to mold myself after and be like. Unfortunately, I am a bad guy on camera, and Cena is the ultimate good guy. But I never lose that density or passion of wanting to embody WWE, wanting to do as much on the outside, for instance, media and the Special Olympics. There's so many community events that we take part in. I hope to be mentioned in the same sentence as him. He's John Cena. I'm a talent in the same company as him. Not even a peer but as a co-worker, and I still say it like that. He's John Cena. Yes, I want to be the female John Cena. And if people say that, then I'm going to continue, even if I don't feel like I've gotten there yet, but I'm going to continue to work as hard and feel that I want to be that way with everything I do.

DAZN: You do know that “A Queen” is bigger than “The Man.” I don't know if you knew that.

DAZN: You hear the chants. We all hear the chants about Becky Lynch. You do a very job of shutting those down before they ever get started. In your mind, is that the biggest female match for you? Even though you faced her before, but it's a completely different level now just seeing where you guys are at?