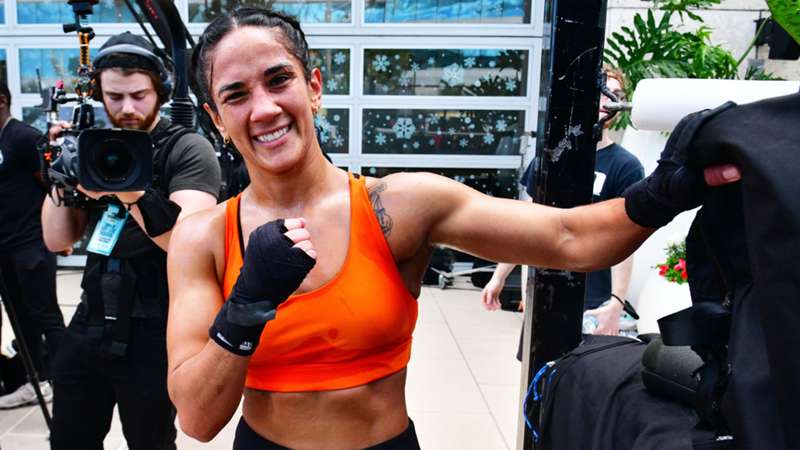 Amanda Serrano is ready for the biggest fight of her career.

Taylor handled Sharipova with relative ease. And Serrano battered and bloodied Gutierrez for ten rounds to handle her end of the bargain. Serrano walked into the media room for her post-fight press conference beaming from ear-to-ear, and the expression didn't leave her face the entire period she was on the dais.

Leading into the Gutierrez contest, Serrano remained very respectful of her. Despite everyone's best attempts to keep the conversation solely on Taylor, Serrano wouldn't bite. But when the judges read the scorecards that she prevailed, the seven-division world champion was ready to start hyping what is the marquee women's fight to make even though both camps are still in negotiations.

“We are both pound-for-pound top three," Serrano told media members, including DAZN News. "Some people have me at two or three. It doesn’t matter how you look at it. Two pound-for-pound girls going at it. You have an undisputed champion and a seven-division world champion going after each other.

“That’s the mega fight that will blow off the roof. We’re looking at Madison Square Garden, the main (room). It’s going to be an amazing night.”

If the fight crosses the finish line, Taylor (20-0, 6 KOs) would be looking to make the sixth defense of her four belts while Serrano (42-1-1, 30 KOs) would ride a 28-fight winning streak into the most significant of both their careers. As she exited, Serrano had one final thing to say.