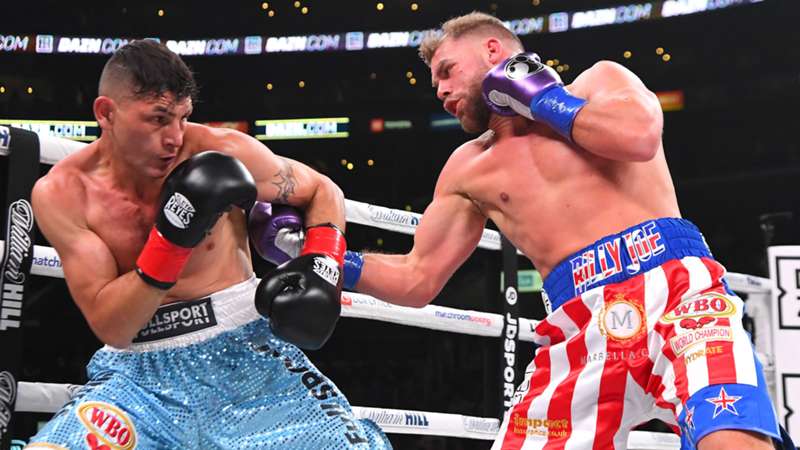 WBO super middleweight Billy Joe Saunders has joined back up with former trainer Mark Tibbs. The two-weight champion had been coached by Tibbs' father, Jimmy, for the first half of his career.

The 31-year-old Hertfordshire southpaw was trained by Mark’s father, Jimmy, from the moment he turned professional in 2009, and Tibbs Sr. was there when he won the WBO middleweight title in 2015 against Andy Lee.

Saunders then fought Artur Akavov in 2016 to successfully defend his title, but did so without Tibbs Sr. Ben Davison, Danny Vaughan, Adam Booth and Dominic Ingle all had spells with the 2008 Olympic bronze medal winner, but he has now returned to Tibbs.

Having moved from Frank Warren’s Queensberry Promotions to Matchroom Boxing, headed up by Eddie Hearn, he has one 2019 bout to his name, defeating Marcelo Coceres last September. A proposed fight against Canelo Alvarez has since fallen apart due to the coronavirus pandemic.

He has now joined back up with the Tibbs family, with the younger trainer now going from his father’s assistant to step up as trainer for Saunders.

Speaking to Seconds Out, Tibbs confirmed that he had returned to work with Saunders once again.

"I'm excited about Johnny Fisher — a new heavyweight — and I've linked back up with Billy Joe Saunders,” he explained.

He continued, "Bill contacted me a few weeks ago now, we had a couple of sessions and whatnot, and we just had a chat regarding his career and we're knuckling down now and hopefully getting ready for a date."

Tibbs Jr. hoped that Saunders would get back to his best after producing some of his best boxing under his father.

"He is a talent where no one has seen the best of him yet, and the best is yet to come. He's shown very good enthusiasm; very, very good hunger, and that winning mentality that I've always seen in him is still there, he's a winner.

"We've got off to a good start and it's exciting for sure."