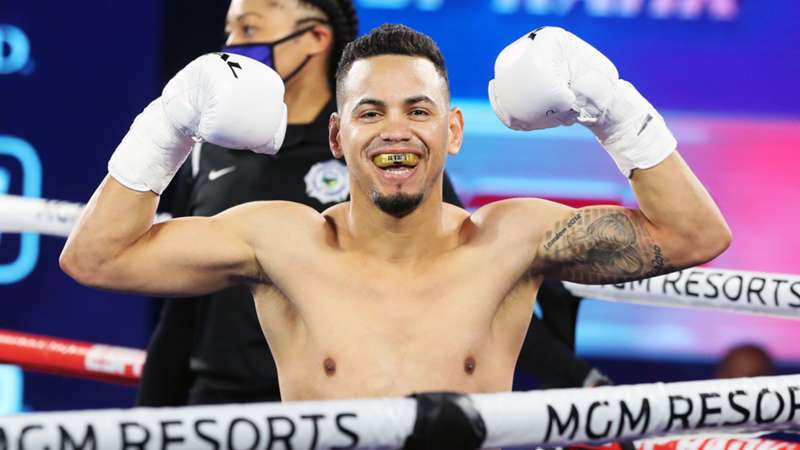 In the first televised boxing card since the COVID-19 pandemic shut down the sport, Robeisy Ramirez scored a devastating first-round knockout against Yeuri Andujar.

And the sport returned with a bang as Robeisy Ramirez kicked off the first televised fight on North American soil since the COVID-19 pandemic struck with a vicious knockout of Yeuri Andujar.

Top Rank held the first boxing card on ESPN and lined up a five-fight show at the MGM Grand Conference Center Grand Ballroom in Las Vegas that would satiate the appetite of fans who have been without the sweet science since March. Although the spotlight would be Shakur Stevenson's main event showdown with Felix Caraballo, Ramirez was given the honors to set the tone and wasted little time doing so.

The highly-touted prospect clobbered Andujar with a left hook out the gate that badly hurt his opponent and sent him down with an uppercut. Andujar made it to his feet, but Ramirez smelled the blood in the water and made a beeline for his wounded prey. A blistering left hand followed that sent Andujar crashing to the canvas as referee Tony Weeks waved the fight off at the 54-second mark.

.@RobeisyR didn’t even need a full round 😮

Ramirez — who defeated Stevenson in the bantamweight gold medal match at the 2016 Olympics — has now won three in a row after losing a split decision in his professional debut.