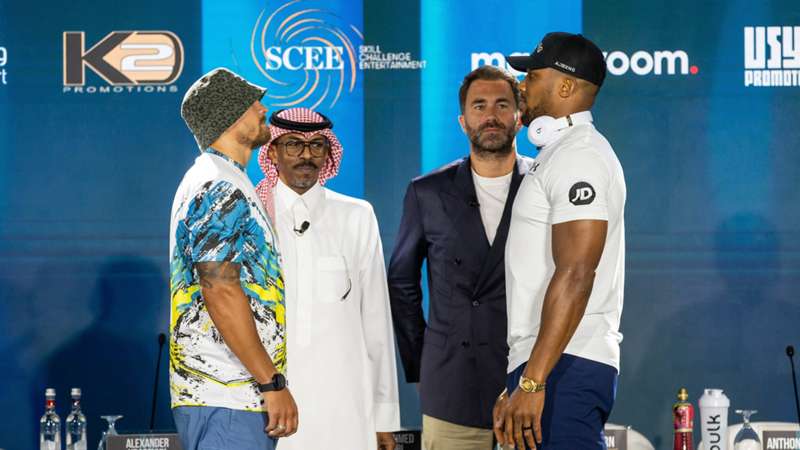 Saudi Ministry of Sport
Check your region for Usyk vs. Joshua 2 on DAZN

The two heavyweights fight this weekend.

Eddie Hearn thinks that Oleksandr Usyk could come in more than 10kg heavier than he did for his first fight against Anthony Joshua.

The Ukrainian heavyweight weighed a little over 100kg in the first fight back in September, and the former undisputed cruiserweight champion was nevertheless able to dominate his heavier, bigger rival, Joshua.

Speaking to talkSPORT, Hearn predicted that Usyk would be a larger fighter this time around after time away from the ring due to an extended training period, in part due to the war in Ukraine.

“I think he came in about 100kg last time, so we’re talking about 10kg more… I think he looks a little bit fleshy in the pictures I saw yesterday, not fleshy like me, but a bigger heavyweight.

Hearn expected a similar weight for Joshua, saying: “He’s talking about 110-112 kg, which is probably a touch heavier than some of his performances.

“I was sitting there next to him yesterday looking at his arms, they were about three times the size of my quads, he looks massive, but lean, fast and explosive.”