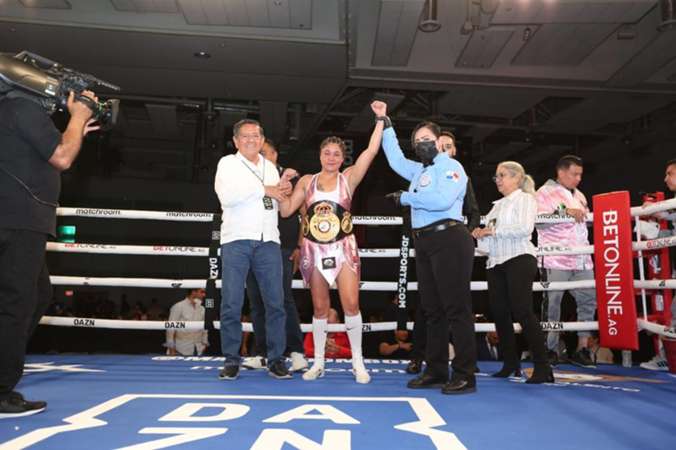 Cruz produced an emphatic performance and after 10 rounds was awarded the victory on the judges' scorecards.

The fight was fought at a relentless pace with Cruz's volume and power being a major problem for Esquivel who was never given the opportunity to inflict any major damage.

Once the final bell rang, it was expected that Cruz would be the winner on all three scorecards, however one judge scored the bout 97-93 in Esquivel's favour, while the other two awarded Cruz the win with scores of 97-93 and 98-92.

Speaking after the fight, Cruz was happy with her performance and now has her sights set on a super-fight with Amanda Serrano.

"I am happy to retain my title. The decision was fair, she landed great punches but the most effective punches were mine," Cruz said.

"In the future, I would like to fight for the featherweight titles that Amanda Serrano has.

"Right now they are talking about Marcela Acuña, Nina Meinke, Sara Mahfoud, but in the long term I want to face Serrano.”