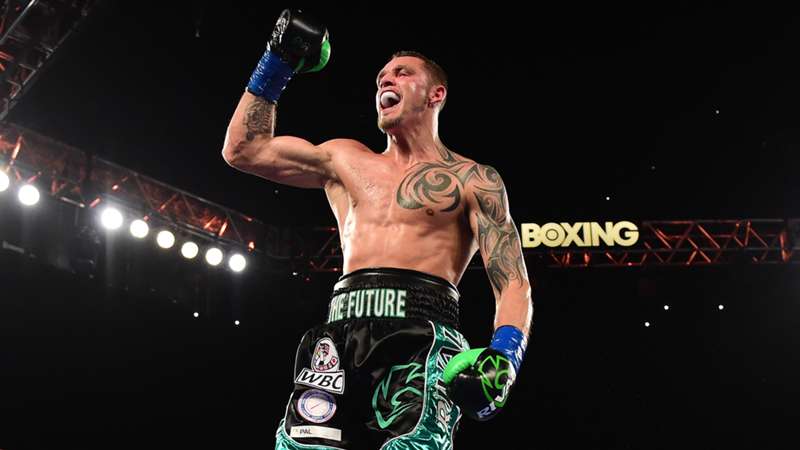 Joe Smith Jr. told The DAZN Boxing Show he has eyes on the ultimate prize at 175lbs.

Reprecussions from Dmitry Bivol's win over Saul 'Canelo' Alvarez are still being felt across the boxing world, but the light-heavyweight division is set for another huge moment come June 16 when The Hulu Theater at Madison Square Garden hosts a unification fight between WBO title holder Joe Smith Jr. and the hard-hitting WBC and IBF champion Artur Beterbiev.

Smith Jr. took some time out of his camp ahead of the clash to speak to The DAZN Boxing Show and while he is preparing for a 12-round fight, the American will not hesitate to end the contest early if an opportunity presents itself.

"I’m always prepared to go 12 rounds, but if I can get him out of there early, that’s one thing I love to do," Smith Jr. said.

Whoever comes out on top will hold three of the four 175lb world titles, meaning a fight with Bivol, who holds the WBA belt, will have to take place in order to become undisputed.

Smith Jr. was also asked to react to DAZN's recent light-heavyweight rankings following Bivol's win, and while Beterbiev finds himself in top spot, Smith Jr. disagreed and instead put his case forward as to why Bivol should be number one.

"I still believe Bivol is the best light heavyweight right now, and I believe he will be until I get my rematch," Smith Jr. stated, the American lost to Bivol on points in March 2019.

"I know he’s great and he put on a great show against Canelo so you can’t doubt him.

"Everyone he’s got in the ring with, he’s made them look ordinary."

If he does get past Beterbiev next month, the current WBO light-heavyweight champion made it clear he wants the undisputed fight with Bivol next.

"That’s what I want, I want to be undisputed.

"If we can make that fight happen sooner rather than later, I want to become undisputed as quickly as possible."