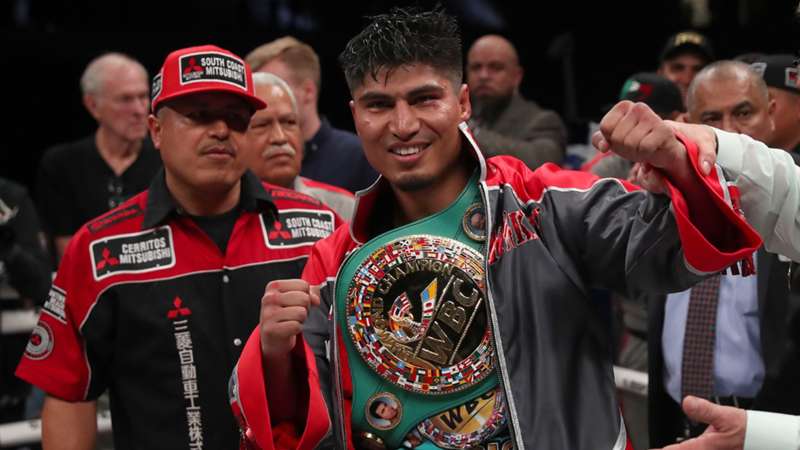 Boxing legend Manny Pacquiao looks set to fight just once or twice more before moving into politics for good. And it seems Mikey Garcia is determined to be one of those fights.

Mikey Garcia (40-1, 30 KOs) is aiming to be one of Manny Pacquiao's final opponents before the eight-weight world titleholder retires, according to  promoter Eddie Hearn.

Pacquiao's trainer, Freddie Roach, recently said that the 41-year-old wouldn't be back in the ring before 2020 concludes, and he'd likely compete "once or twice" in 2021 before running for president in his native Philippines in 2022.

And Hearn recently told DAZN that Garcia could easily slot into the timescale set out by 'Pac-Man' and Roach.

"Mikey Garcia is one of the fortunate ones that has boxed this year, so he’s not busting my phone up too much at the moment," said Hearn.

"But he wants to fight Manny Pacquiao."

It is a showdown Hearn was looking at for a Saudi Arabia show this summer, until the COVID-19 pandemic got in the way.

The Matchroom Boxing chief admitted interest from somewhere like Saudi Arabia could be what determines whether Garcia-Pacquiao happens or not.

He said: "It’s very difficult to make those sort of fights at the moment, unless we get a big site fee from another country.

"Mikey is basically that guy who wants the monstrous fights, and he’ll be looking to make that happen."

Many of Hearn's top fighters have been out of the ring even longer than Garcia, so breaking their ducks may be a higher priority for the promoter.

"For all of these top names, it’s just a case of getting them out just once this year," he went on to say during the interview.

"And that’s the tough job for us now, coming through Fight Camp: trying to schedule all these major names and world champions without crowds.

"It’s going to be a tough task over the next couple of months."