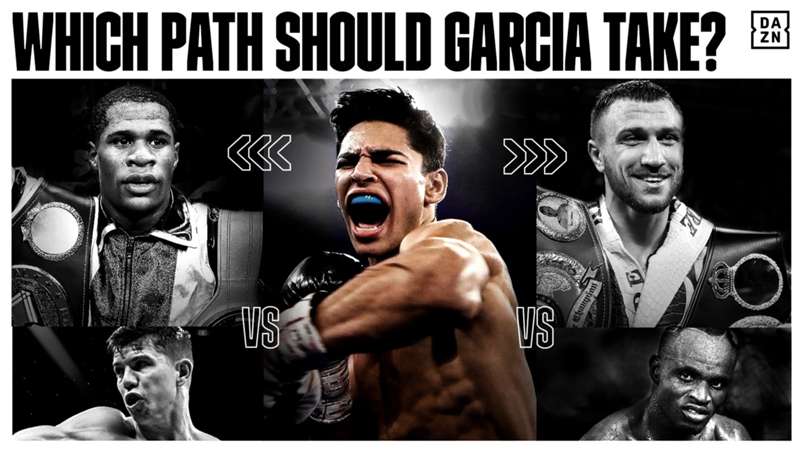 In the latest episode of "Jabs," Chris Mannix and Sergio Mora discuss who makes the most sense as Ryan Garcia's next opponent.

Ryan Garcia reportedly has accepted an interim title fight vs. Luke Campbell, which would put him on a path to face WBC lightweight champ Devin Haney if he wins. However, Garcia also has the option of fighting Emmanuel Tagoe in a WBO title eliminator, which could set him on the path to eventually face WBO champ Vasiliy Lomachenko.

In "Jabs," Chris Mannix and Sergio Mora debate who's the better opponent for Garcia at this stage of his career. They also discuss Canelo Alvarez's potential opponents for September, and a possible comeback by Oscar De La Hoya.

Watch the full show above, or on DAZN's YouTube channel.