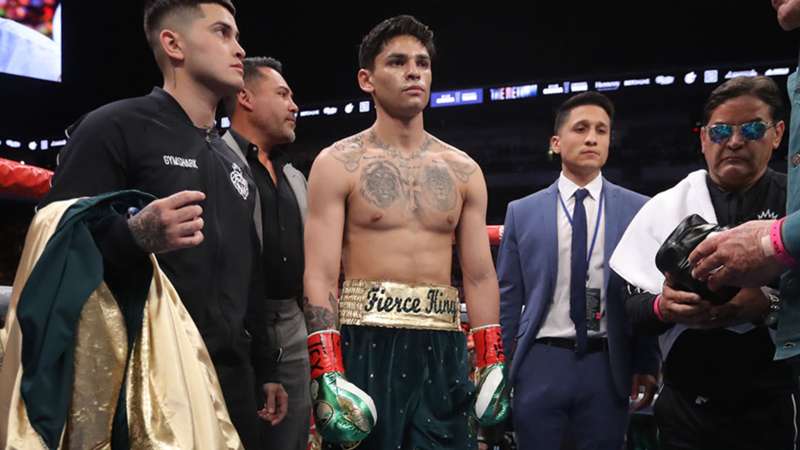 The two Americans could fight later this year.

Former WBC mandatory challenger Ryan Garcia is wary of Javier Fortuna but is already planning to knock out Gervonta ‘Tank’ Davis out later this year.

Garcia and Davis exchanged barbs at the start of last year when the Californian was coming off the back of stopping British challenger Luke Campbell.

It appeared that the duo were set to make a fight until Garcia stepped away. Davis has had a few fights since then with the most recent a win over Rolly Romero, and there is a potential change of management up ahead for the unbeaten 27-year-old  American.

There is no imminent bout for Tank lined up but Garcia next fights Javier Fortuna on July 16, live on DAZN.

He told TMZ that he would then want to fight the multi-division champion, but for now is focused on Fortuna.

"But, the fact that I'm coming into, I feel my prime and my best ability skillfully and mentally, I feel like this will be a short night for Javier Fortuna. I just know I'm gonna fight Tank after I beat Fortuna."

Turning to Davis, he predicted a win by stoppage.

"I'm gonna beat your a—s. I promise that -- I will whoop your a—s and I will put you to sleep.

"Just know that there's a lot more than meets the eye with me. Don't think I'm soft. You come find out and actually make that decision to fight me, you'll find out real soon there's nothing soft about me."