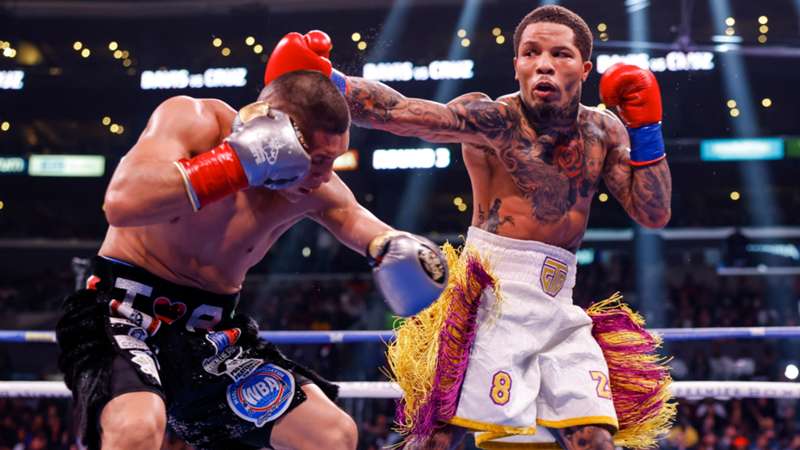 It wasn't the explosive performance that we've been accustomed to from "Tank," but the boxing star got the likes of Shakur Stevenson, Ryan Garcia, Claressa Shields and more talking.

Gervonta Davis didn't deliver a knockout in his tougher than expected unanimous decision win over rugged Isaac Cruz. However, the boxing sensation showed plenty of grit in overcoming a left hand injury sustained in the sixth round and plenty of people took notice. Everyone from Shakur Stevenson to Damian Lillard and Claressa Shields chimed in with support, while Ryan Garcia used the opportunity to jab his rival. Here's a look at how Twitter responded to "Tank" improving to 26-0.

Tank won maybe I watched a different fight then y’all

I knew tank hand was hurt midway through the fight… but he showed layers to his game and still won comfortable to me. Cruz is a beast tho… https://t.co/wHXkxE6v2M

Gervonta gets away with fighting c level fighters, out of all the lightweights he’s the weakest!!! His toughest test was Leo Santa Cruz, almost lost tonight bring it on I’ve been calling you out for awhile...

Congrats Tank 🎉 🎊 !!!!showed a lot this fight! Great fighters don’t just win. We adjust and use what we have to win!

Great defense by Tank, but I did give that round to Pitbull based on activity. 6-4 @Gervontaa. #DavisCruz

This is boxing, so anything can happen. But I’m watching @Gervontaa give this kid Cruz — who’s tough — a boxing lesson. He’s hitting and not getting hit. Straight out of the school of @FloydMayweather. Just brilliant.