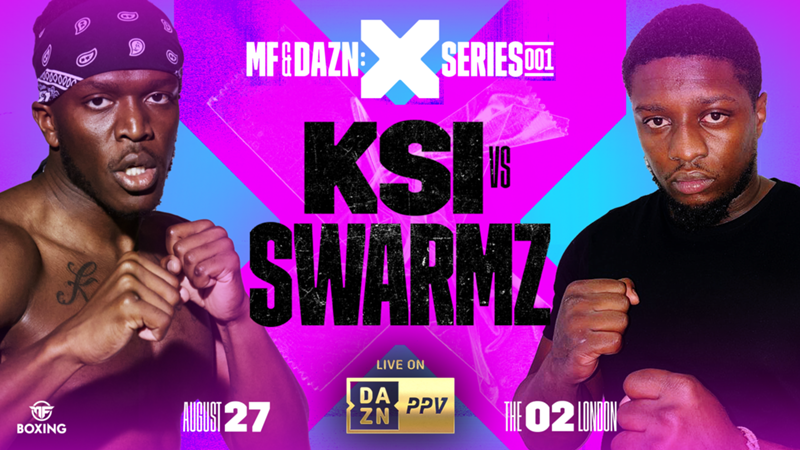 Three years after beating Logan Paul, KSI finally returns to the ring to take on Swarmz in what is set to be a memorable crossover boxing event at London's O2 Arena.

KSI was originally set to face Alex Wassabi, but the American was forced to pull out due to injury, and will now instead face Swarmz who will make his professional boxing debut.

For KSI, this will be a chance to get rid of some ring rust before potentially chasing a date with Jake Paul which would be one of the biggest events in entertainment.

Here's everything you need to know ahead of KSI vs. Swarmz.

The main card is set to get underway at 7 p.m. BST / 2 p.m. ET with the main event ringwalks scheduled for 10 p.m. BST / 5 p.m. ET. These timings could change due to the length of the undercard fights.

Can I watch KSI vs. Swarmz on DAZN?

The card will stream live on DAZN in over 200 countries across the globe (except Crimea, Iran, Cuba, North Korea and Syria). You can sign up for a subscription here. However if you are in Argentina, Chile and Colombia you must download the DAZN app from the Apple App Store or Android Google Play store and then sign up from there, rather than via web browser.

Where is the KSI vs. Swarmz fight?

The fight takes place at the O2 Arena in London.