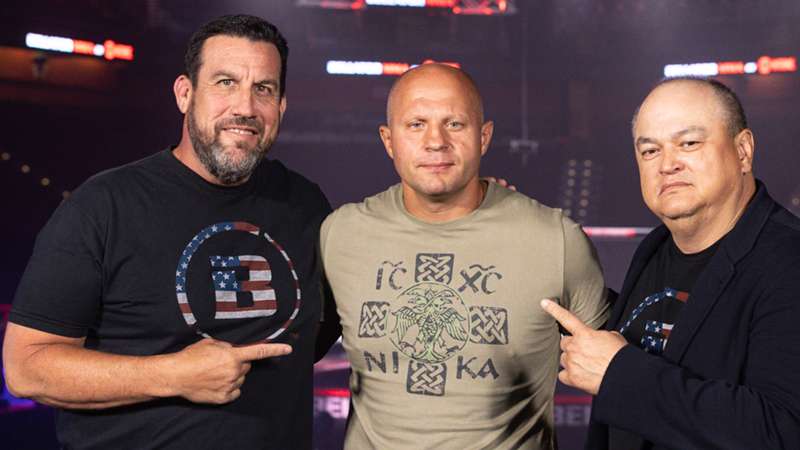 The legendary heavyweight returns for his second-to-last fight at Bellator 269 against a former Belllator title challenger.

One of the greatest MMA fighters of all time and perhaps the sport's best ever heavyweight continues his farewell tour on Saturday as Fedor Emelianenko returns for his second-to-last bout of his historic career as he takes on former interim heavyweight title challenger Tim Johnson at VTB Arena in Moscow, Russia, the home country of Emelianenko.

The 45-year-old has vowed he'll only fight one more time regardless of the result on Saturday. Emelianenko (39-6, one no-contest) had his pick of who he wanted to face. Fighters like former UFC heavyweight champions Junior dos Santos and Josh Barnett, along with former Strikeforce heavyweight kingpin Alistair Overeem, were pining for the matchup. The Russian decided he wanted someone younger and on the rise and picked Johnson to stand across from him.

“Tim Johnson recently had a nice winning streak and that shows that he’s quite a good fighter," Emelianenko said on a media call this week when asked why he chose Johnson. "This was something that I took into consideration when looking at opponents.”

Johnson (15-7) steps into the most significant bout of his career, coming off a unanimous decision to Valentin Moldavsky in a Bellator interim heavyweight title fight at Bellator 261 in June to snap a three-fight winning streak.

Can Fedor begin the journey to retirement with a victory or does Johnson derail those plans and notch his biggest victory?

Here is everything you need to know about Bellator 269: Fedor vs. Johnson.

Bellator 269: Fedor vs. Johnson kicks off at 3 p.m. ET/8 p.m. BST before the headliners make their walks to the cage at approximately 4:30 p.m. ET/9:30 p.m. BST, although that depends on the length of the earlier fights.

MMA fans can watch the Bellator 269: Fedor vs. Johnson TV main card live on Showtime in the United States. It can also be live streamed via Showtime's app or website. In the United Kingdom, the card can be seen live on BBC iPlayer.

Where is Bellator 269: Fedor vs. Johnson?

The card takes place live from the VTB Arena in Moscow, Russia.