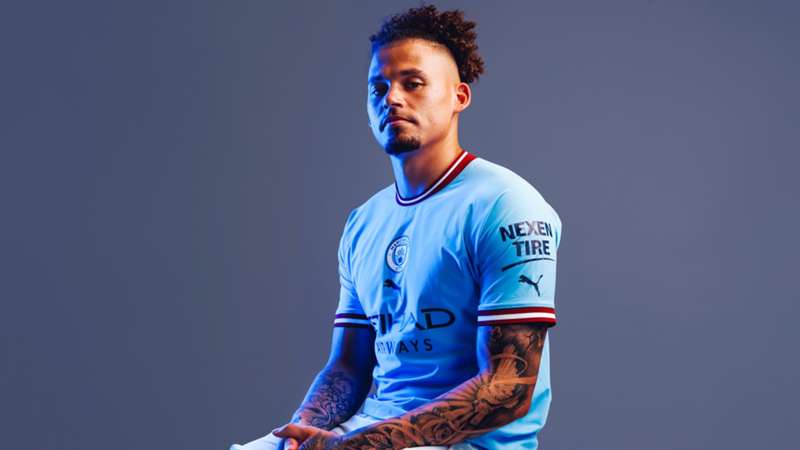 Kalvin Phillips is the latest big money signing for the Premier League champions.

Following weeks of speculation, Kalvin Phillips is finally a Manchester City player after joining the club from Leeds United for £42m.

While this move will be one which many think Phillips deserves after thriving at Elland Road during the past few seasons, he will now become a small fish in a big pond, joining a squad full of star names. So how will he fit into the plans of manager Pep Guardiola?

City have already seen one midfielder leave this summer in club captain Fernandinho, who is moving back to his native Brazil to join Athletico Paranaense, and on the face of it, this acquisition of Phillips can be seen as a direct replacement. However, the England international will have to force his way into City’s starting eleven due to the vast array of options available to Guardiola and his coaching staff.

With Fernandinho gone, it’s expected Rodri will become the player to take on full responsibility for defensive duties in midfielder. After arriving at the Etihad Stadium in July 2019, it took the Spaniard a full season to adjust to Guardiola’s expectations. Throughout 2019/20 he was known amongst City fans as ‘Plodri’ due to his slow movement, but since then he has become a crucial component in any Guardiola team. He has also become the designated tactical foul connoisseur, learning from Fernandinho whose ability to disrupt opposition play and bring it to a halt played a huge part in the five campaigns he became a Premier League champion.

Despite Rodri being one of the first names on the City team sheet, this should not deter Phillips from breaking into the starting line-up. If anything, there is a strong chance Phillips could sit alongside Rodri in midfield.

As Fernandinho got older, his appearances for City during recent campaigns significantly decreased, forcing the likes of Kevin De Bruyne and Ilkay Gundogan to share the defensive burden in midfield. Now with Phillips a part of the squad, there is a chance De Bruyne and Gundogan can be pushed further upfield and not have defensive duties at the forefront of their minds.

If he chooses, Guardiola could opt to use Phillips and Rodri as a double pivot in midfield, allowing them to interchange roles with one of the two sitting in front of the back four while the other assists with attacking moves. As with any Guardiola side though, all players need to be willing to change their roles in the team at a moment’s notice and also defend when required, regardless of the position.

"It’s one of the main reasons I wanted to come to City, to improve my game in loads of different ways" 💬

Over the past few transfer windows, City have often been mocked for signing numerous midfielders despite their being a huge hole at striker. This has now been filled by Erling Braut Haaland, and the arrival of Phillips does indeed make sense.

City are a team which often find themselves in the latter stages of cup competitions and challenging for league titles, meaning that the fixture list can get very congested and squad rotation is key. Phillips will definitely serve a role in that when the likes of Rodri, Gundogan and De Bruyne need a rest, giving the 26-year-old an opportunity to establish himself as a stalwart in Guardiola’s side if he is given the reigns to control the midfield. But if he fails to live up to expectations in his first season as a Blue, it’s no reason to panic. Quite often new players take a season or so to settle into Guardiola’s system, Riyad Mahrez is a prime example, and the only anomaly has been Ruben Dias.

Phillips took Guardiola’s interest when the City faced Leeds at a wet Elland Road in October 2020 and after seeing him thrive under his managerial idol Marcelo Bielsa, perhaps it is no surprise that the Blues have finally signed Phillips, but the next few seasons will now prove whether Phillips truly is ‘The Yorkshire Pirlo’ or just a tribute act to the Italian great.