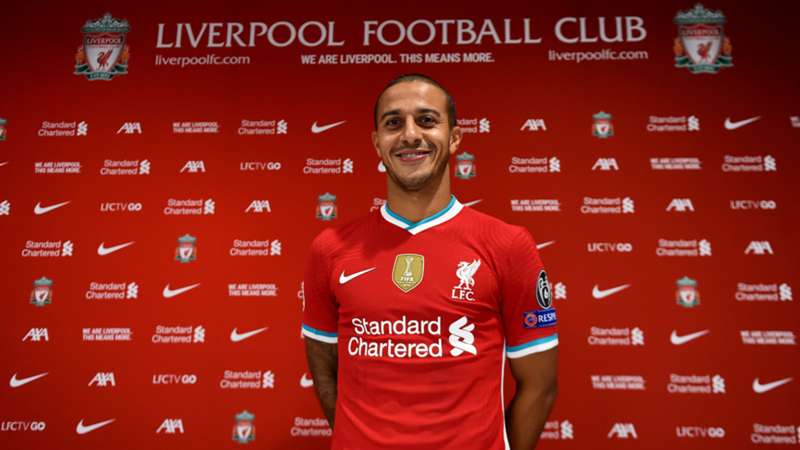 Liverpool have completed the signing of Spanish international Thiago Alcantara from Bayern Munich on a permanent deal.

The 29-year-old midfielder spent seven years at the Allianz Arena, having previously appeared for Barcelona. He has nine league titles, two Champions Leagues and two FIFA Club World Cups to his name, and will expect to add to his impressive resume with the defending Premier League champions who under coach Jurgen Klopp also won the 2019 Champions League.

“When the years are passing, you are trying to win as much as you can — and when you win, you want to win more," said Alcantara in his first official interview as a Liverpool player.

"I think this club describes what I am as well; I want to achieve all of the goals, win as many trophies as possible.

“It also [has] this kind of family [feeling] that I need because we [like to] have a very close relationship with the club and I think I will feel this, I will have this feeling, with this club as well.”

Alcantara has won the domestic league with his club for the last eight seasons in a row, and after Liverpool ran away with the 2019-20 Premier League title to the point that they almost had it mathematically wrapped up before the COVID-19 pandemic caused mass delays back in March, he will be expected to serve as a crucial figure in their efforts to make it two in a row after going 30 years without before this year.

“I must adapt to the team as fast as I can in the situation and the context that we are living right now," he said.

“Everything is more compact and we started a little bit later, but still it is football and I think we have to mix all the big things up, all the good things we have. I will help the team in a defensive and offensive [way] and also in a mental aspect.

“[The fans] are not more excited than I am, for sure not! It is not about saying words, it is about doing the things. I will give my heart on the field to my teammates, the club and also to the fans.”

Though the club did not confirm an exact figure for the transfer fee, multiple outlets are reporting that the deal cost Liverpool around £20million, which for a player of Alcantara's stature in his prime is a great deal for the English side, considering the current market.