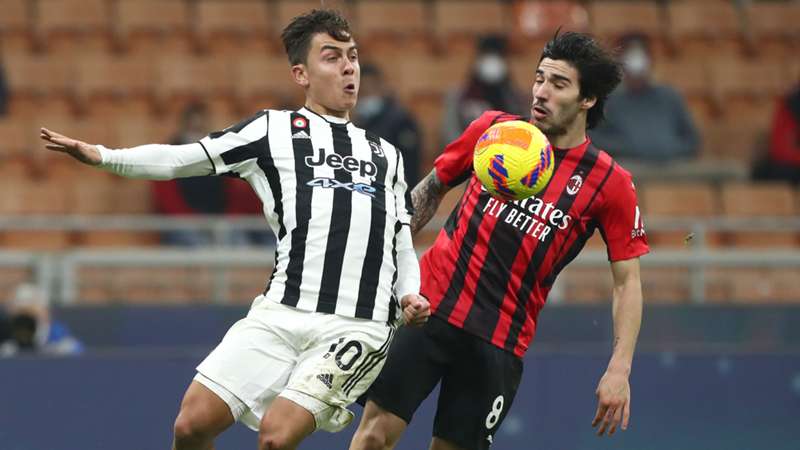 Neither side looked particularly threatening.

A battle of traditional powers in Serie A ended in a stalemate as AC Milan and Juventus played to a 0-0 draw on Sunday.

The teams were as bereft for chances as the scoreline suggested, with home side Milan on the better end in that regard. The Rossoneri were dangerous in the first half despite only actually managing one shot on target during the opening 45 minutes, and they forced another three saves out of Juventus goalkeper Wojciech Szczęsny in the second half.

Meanwhile, Juve turned a possession advantage (54-46) into zero shots on target throughout the entire 90 minutes, further illustrating their overall lack of imagination in the attack this season as the second-lowest scoring team in Serie A's top 10.

The teams' combined woes in front of goal made for an at-times laborious watch, with the result seeing neither side make inroads in their respective season objectives. With Napoli's victory earlier Sunday, Milan drop to third place while Juventus remain in fifth.