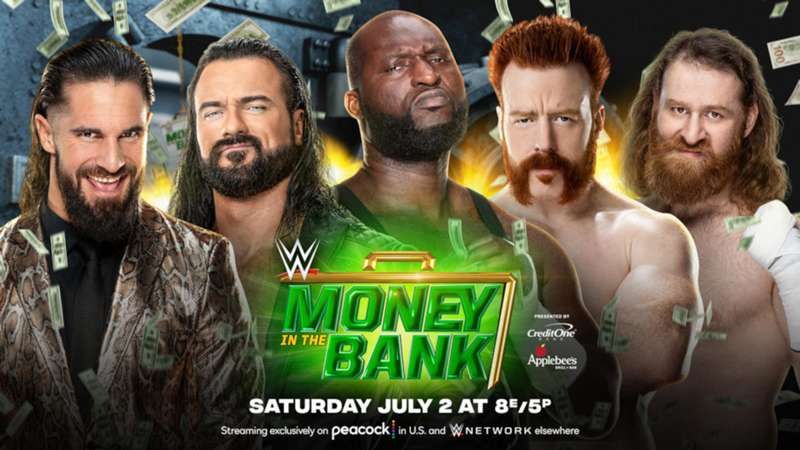 The next premium live event by the WWE rolls into "Sin City" on Saturday as Money in the Bank takes place from the MGM Grand Garden Arena in Las Vegas.

Despite WWE Undisputed Heavyweight Champion Roman Reigns not appearing on this weekend's show, the main events are still strong with the Men's and Women's Money in the Bank ladder matches. The stakes are high as the winner of each match secures the briefcase hanging on a hook above the ring. Inside the briefcase is a contract to a championship match of their own choosing. They could cash it in anyplace, anytime.

Also on the show, Ronda Rousey defends her SmackDown Women's title against Natalya, and Bianca Bianca puts her Raw Women's belt on the line against Carmella.

Money in Bank is always one of the year's most exciting events. This edition should be no different.

Here is everything you need to know about WWE Money in the Bank 2022.

What time does WWE Money in the Bank 2022 start?

WWE Money in the Bank begins with the kickoff show starting at 7 p.m. ET and the main show getting underway at 8 p.m. ET. The card is expected to last around four hours.

WWE Money in the Bank will be live on Peacock in the United States. You can purchase a premium subscription for $4.99 per month.

If you don't have capable internet speeds, you can order WWE Money in the Bank through your cable or satellite provider at a pay-per-view price of $44.99.

WWE Money in the Bank takes place from the MGM Grand Garden Arena in Las Vegas.