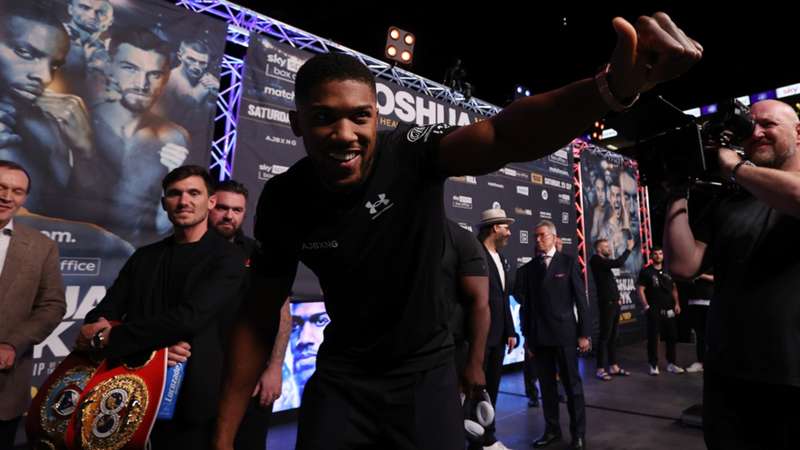 The rematch appears to be on the horizon for early 2022.

During fight week, it was revealed that there was a rematch clause in the contract if Usyk beat Joshua. The former two-time unified heavyweight champion has 30 days from the fight to invoke the clause. If there were any questions about whether Joshua would decline the option, think again.

"Yes, we will be (invoking the rematch clause)," Joshua promoter Eddie Hearn said on The DAZN Boxing Show.

With that being known, the question is when it will occur? Usyk said in his post-fight interview he's not going to think about it yet due to having been training since January and wanting to spend time with his family. However, Hearn has a timeline in mind of when he'd like the sequel to occur.

"I think it's going to be the early part of next year, probably anywhere between February and March or something like that," Hearn said. "AJ wants to get back straight to training. But I'll tell you, it's a fickle world we live in. I actually had people messaging me on Sunday and Saturday, saying, 'I think I think it's time for AJ to retire. I'm not sorry. I'm not sure he wants it any more.'

"The guy's devastated. All he can think about is winning the rematch and what he's got to do to improve."

Saturday's fight had its ebbs and flows. Usyk controlled the opening rounds, and then Joshua gained the momentum in the middle rounds. Then Usyk came back in the championship rounds to become a two-division world champion. Pundits have said that, when the rematch occurs, Usyk will win like he did this past weekend.

"One thing I'll tell you is I'm telling you now he can beat Usyk," Hearn said. "He's just shared 12 rounds with him. He has to adopt a different strategy and a different style to have a chance of doing it. But write him off. Write him off at your peril. Because the guy I spoke to this morning is desperate to win this rematch."