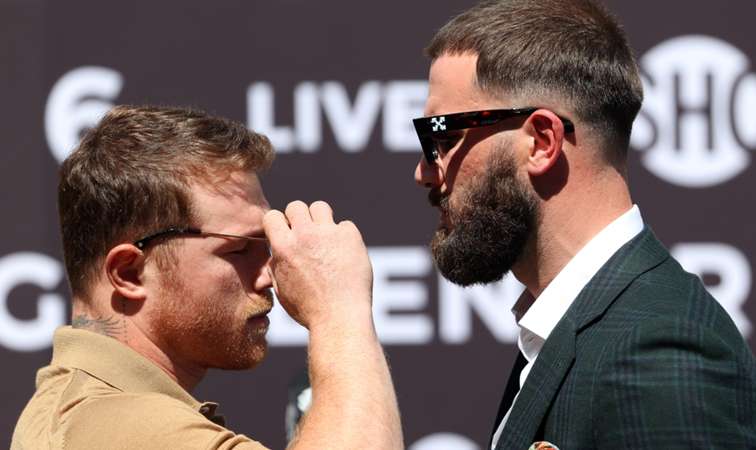 The Mexican champion is determined to defeat his American rival after they came to blows.

Saul ‘Canelo’ Alvarez claimed that Caleb Plant was ‘going to pay’ after their confrontation at a press conference on Tuesday afternoon.

Plant appeared to called Alvarez ‘motherf—er’ which prompted the Mexican to shove the IBF champion, which then led to a scuffle that drew blood from Plant.

There are six weeks before the two meet with the chance to become the undisputed super middleweight champion in Las Vegas, and speaking after the incident Alvarez appeared to have found some new motivation after the spat.

“He's going to pay on November 6. You know, when somebody bothers me with a lot of s—, they know. I have something special for him,” said Alvarez, reported Boxing Scene.

“You know what happens when they mess with me. It's extra motivation for me. This is something personal. So on Nov. 6, I am going to go with the same mentality that I had versus Billy Joe Saunders.”

Saunders had taunted Alvarez in the build-up and attempted to wind up his opponent, and was beaten with a fractured orbital bone which prevented him from continuing.

“I'm on my way to being undisputed. I'm happy to be here. I'm glad to have this fight. It's a very special fight for Mexico and for me, to be one of the unique fighters. To be undisputed. I am one step away from doing that,” continued Alvarez.

“[Being undisputed] is what I want in my career -- to make history. This fight is very important for me. I have the experience to deal with any style.”