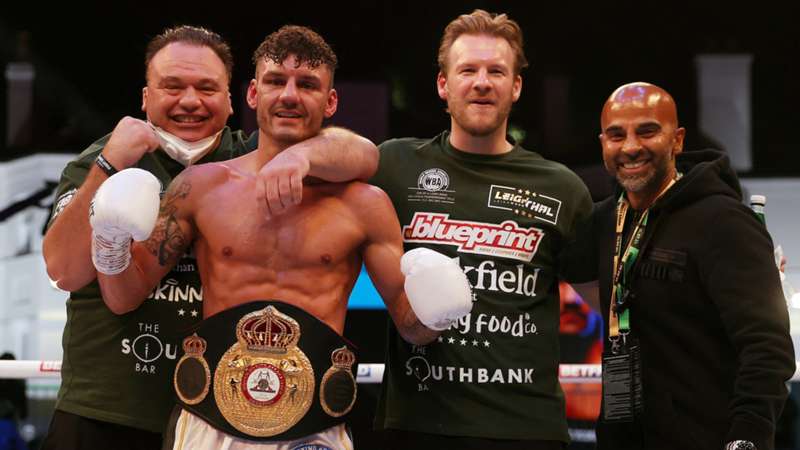 The Matchroom promoter was taken aback by the result on Saturday night at the year's first Fight Camp.

Eddie Hearn said he was surprised that Leigh Wood defeated Xu Can in their featherweight title fight on Saturday.

Wood became the WBA champion when he stopped his Chinese opponent late in the 12th round, as the headline event of this summer’s Fight Camp series.

Speaking to the DAZN Boxing Show , Hearn admitted he was taken aback by the performance.

Did he expect the upset, he was asked.

“I mean it’s my job to hype things up. But I did think Xu Can was the big favorite in the fight. I think it was a mixture of just a brilliant performance from Leigh Wood, perhaps a little bit of inactivity, as well from Xu Can, and he was just too good for him to be honest with you

“We saw the trickery of Leigh Wood, a little switch hitting and it didn't allow Xu Can to get into that rhythm which makes him so dangerous. That really the best attribute that he has, is his volume punching and his engine. And when you can't get into a rhythm and you're just getting broken down by that jab, and Leigh Wood was hurting him.”

So impressed was Hearn by his fighter, that he claimed that he was well ahead on the scoring cards, which would have rendered the stoppage moot - though he saw others disagreed.

“It was so good to get the stoppage because I struggled to give Xu Can more than three rounds in the fight and then went onto some of the Twitter handles, Like Dougie Fischer,” he said.

“He was like, now I've got Xu Can three up after four, I'm thinking, ‘I'm watching the wrong fight.’

“You know, I thought he absolutely schooled him. So to get the stoppage was perfect. And you know, it capped a great night with some great fights.”