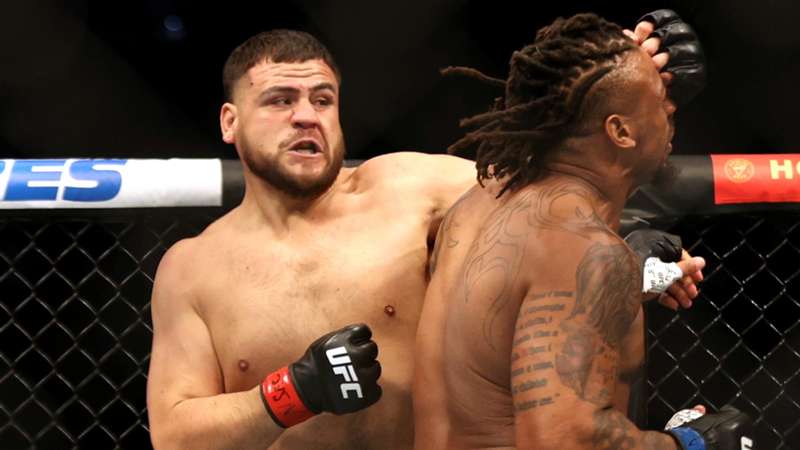 Can Ciryl Gane get it done in the UFC debut in his native country?

Ciryl Gane and Tai Tuivasa look to cement themselves as the next heavyweight title challenger when they lock horns on Saturday in the main event of UFC Fight Night from Accor Arena in Paris, France, the UFC's debut in the country.

Gane, whose ranked number one in the UFC rankings, last fought in January at UFC 270 when he came up short losing to current heavyweight champion Francis Ngannou by unanimous decision.

Tuivasa, ranked number three, has been on a tear since being on the verge of being released after a three-fight losing skid. He's reeled off five consecutive victories with all of them coming via knockout. During his impressive, none of Tuivasa's bouts have lasted more than seven minutes.

A win for Gane or Tuivasa puts them one step closer to netting a fight against the winner of whoever competes for the heavyweight title.

Here's everything you need to know about UFC Fight Night: Ciryl Gane vs. Tai Tuivasa.

When time is UFC Paris tonight?

What channel/stream is UFC Paris tonight?

ESPN+ will broadcast entire card in the United States, while BT Sport is where UK fans can watch the event.

Where is UFC Paris tonight?

The card takes place at the Accor Arena in Paris, France.