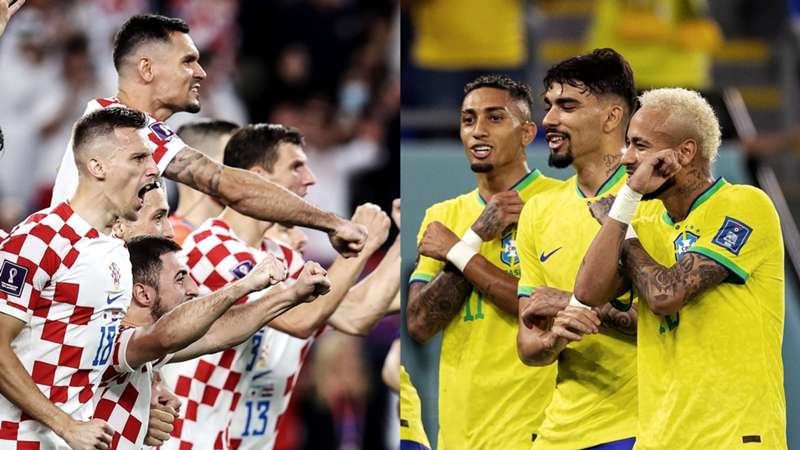 The teams meet on Friday.

Croatia look for their first victory against Brazil when the sides meet Friday in the quarterfinals at Qatar 2022.

The European side have lost three times and drawn once against the Brazilians, with two of those defeats coming at previous World Cups. However, the Croatians have found more success at recent quadrennials, most famously advancing to the final at Russia 2018.

Contrast that to Brazil's embarrassing semifinal exit on home soil in 2014 and a narrow quarterfinal loss four years later, and it's actually Croatia that boast a better recent World Cup pedigree.

Of course, no one would lay their hopes on those results, especially given how Brazil have looked with a young squad in Qatar. Croatia head coach Zlatko Dalic called the Brazilians "terrifying" and labelled them the favourites to win the whole tournament.

However, that doesn't mean his team is going into Friday's match scared.

"I think we have nothing to fear," Dalic said. "We need to enter the match with much faith, self-confidence and looking for our chances, enjoy the occasion of playing Brazil, that's it. [It's] too early, if only it were the final.

Here's everything you need to know about Friday's match.

Croatia vs. Brazil: What time is kickoff at Qatar 2022?

Croatia vs. Brazil: How to watch on TV or streaming

Viewers in the United States can watch the match on FOX (English) or Telemundo (Spanish). FOX can be streamed live on fuboTV (start your free trial today).

In Croatia, the match is available on HRT. Viewers in the Brazil can watch on Globo or FIFA+.

Croatia vs. Brazil: What stadium is hosting the match?

One of two grounds in Al Rayyan, the Education City Stadium gets its name from the university district in which it stands.

At 45,350 seats, it's one of the smaller stadiums in the World Cup, and will be further reduced post-tournament to a 25,000-seat capacity. The stadium held four matches in the 2020 FIFA Club World Cup, including the final between Bayern Munich and Tigres UANL.

During the World Cup, the Education City Stadium will host eight matches in total.

All kick-off times are listed in Arabia Standard Time.