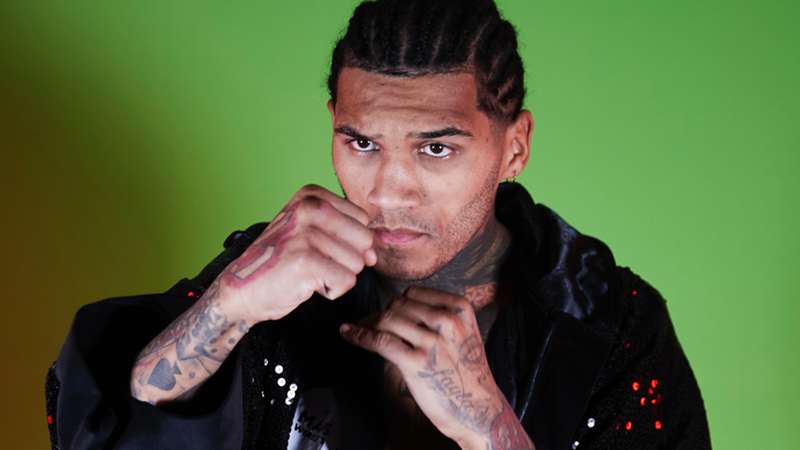 The unbeaten British prospect returns to action in Liverpool this weekend, co-main eventing alongside Katie Taylor.

Conor Benn looks to conclude a busy 2021 with another victory, and one that could help make 2022 the year he challenges for major honours at welterweight.

Benn faces former world champion, Chris Algieri, who has taken on the likes of Manny Pacquiao, Errol Spence Jr., Amir Khan and more in his 13-year professional tenure thus far. Victory for 'The Destroyer' would make him 3-for-3 in the calendar year, and 20-0 overall as a pro.

Also on the weekend card in Liverpool, Katie Taylor defends her undisputed women's lightweight crown against Firuza Sharipova as part of a double main event from Matchroom Boxing.

Here's everything you need to know.

When is Benn vs. Algieri? date, start time

The main televised card gets underway from 6pm local time in the UK, while the Benn vs. Algeiri bout — currently set to go on last — will not begin ringwalks any earlier than 10pm in Liverpool. As ever with live events, how soon after 10pm Benn emerges will depend on how long the undercard and Katie Taylor's fight run.

What channel/stream is Benn vs. Algieri?

The main card will stream worldwide on DAZN, meaning you can tune in for this, Madrimov vs. Soro, Zurdo Ramirez vs. Gonzalez and Parker vs. Chisora 2 all for the same monthly fee (subject to availability of each fight in your country - check here for details ). Click here for more information including how to subscribe.

Where is the Benn vs. Algieri fight?

The card will be held at the M&S Bank Arena in Liverpool, England. It will be Benn's first fight there since 2018 when he halted Chris Truman.

Before The Bell prelims