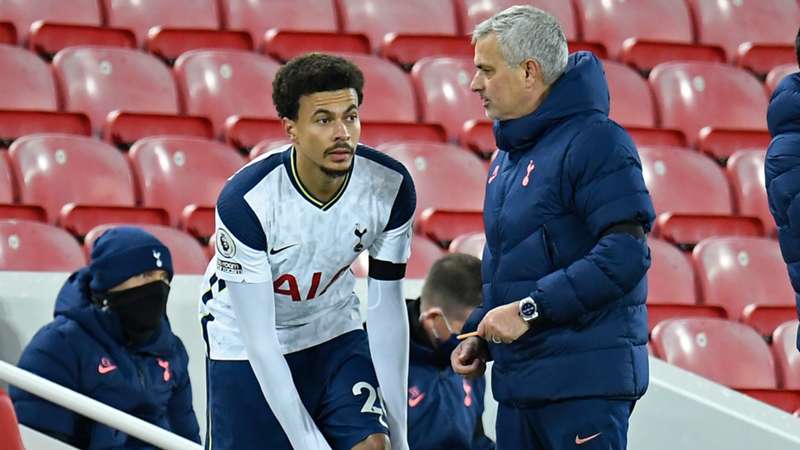 The Spurs boss may include the little-used midfielder against Everton.

It's not exactly the vote of confidence Dele Alli may have been hoping for, but Tottenham manager Jose Mourinho said Tuesday that Alli could be used for Spurs' FA Cup match at Everton.

The 24-year-old has been in Mourinho's doghouse all season, having only made a single Premier League appearance for the north London side thus far.

Alli's exclusion from Mourinho's plans led to heavy speculation that the midfielder would be transferred during the January window — with PSG among the clubs linked to the England international — but the deadline passed without any movement.

Alli's last involvement for Spurs came in a 5-0 thrashing of eighth-tier Marine FC in the third round of the FA Cup, and it appears as though his next appearance will also occur during the same tournament — albeit against much stiffer competition.

"In a normal situation he wouldn't even be considered for [Wednesday], but with the injuries we have and so many matches maybe we have to accelerate his process," Mourinho said in a press conference on Tuesday.

"Maybe we can but I want him to be fully on board and to agree. It depends on his feelings. If he could be on the bench tomorrow and come on for 10-15 minutes to help the team, that would be good for us."

When asked why Alli is now being considered, Mourinho noted that the midfielder's health is fine and that he has trained with team for the first time in weeks.

"Can he play [Wednesday]? He is not injured but I am not sure he can. Can he help us? I believe he can in terms of having Dele on the bench to come on for a few minutes to try and help the team," the coach said. "Is that possible? I have to speak with him but I believe he can."