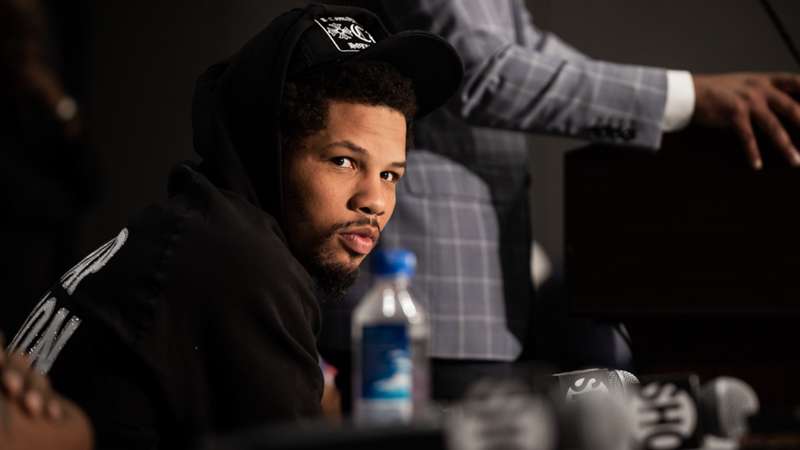 Could we see "Tank" versus Devin Haney or Ryan Garcia on deck in the near future? Davis' latest comments seem to suggest just that.

This Gervonta Davis-Rolando Romero fight week of promotional events, including the media workout and press conference, has generated everything from serious sticking points to an entertaining exchange of verbal jabs in a whirlwind of hype.

But before it even launched, “Tank,” the reigning WBA “regular” lightweight world champion, disclosed a rather telling thought in confirming that Saturday night’s fight will be his last with Mayweather Promotions.

Davis made the revelation on “The Last Stand” podcast with Brian Custer on Monday and with it came compelling introspection for where the 27-year-old was, is and expects to be in the near future.

In those telling comments, Davis seemingly conceded that he might have been brought along too gingerly for his liking or even held back to a degree by Floyd Mayweather Jr.’s promotional outfit.

Those thoughts also revealed that instead of Mayweather continuing to call the shots, it’s “Tank” who wants to get into the driver’s seat and create his own roadmap for his own career.

Davis has been installed as an -850 favorite to Romero’s +570 underdog tag. If Davis has a great showing Saturday night as expected, his “training wheels” comment also suggests a big step up in competition. And soon.

Having learned about recent verbal jabs from Devin Haney, Davis fired back, calling the WBC lightweight titleholder an “email champ.”

Davis added to Custer: “I want to fight you if you win, Devin Haney.”

Unified lightweight world champion George Kambosos Jr. will fight Haney with undisputed glory on the line at Marvel Stadium in Melbourne, Australia on June 5, putting he and Davis on roughly the same timetable toward a fourth-quarter mega fight.

Ryan Garcia has called Davis out several times in the past, so fight fans might be closer to seeing that bout as well.

Davis vs. Shakur Stevenson down the line could also be closer than we thought due to Tank’s recent comments.

Davis’ time at Mayweather Promotions was fruitful, especially as of late. He said as much during his sitdown with Custer and to other media outlets.

The promotion gave Davis a superstar liftoff on Halloween in 2020 at the Alamodome in San Antonio, Tex., where in his pay-per-view debut he responded by knocking four-division world champion Leo Santa Cruz out cold with an unforgiving left uppercut from hell for an emphatic sixth-round KO.

From there, Davis further reenergized an Atlanta market in June 2021 with his second fight at State Farm Arena, where he crushed Mario Barrios via 11 th -round TKO to become the WBA "regular" super lightweight champion of the world. The victory also made him a three-division world champ.

“Tank” would close out a stellar year with a hard-fought unanimous decision over Isaac Cruz in December.

And now a tilt with a brash Romero, who has gone as far as to predict a first-round knockout of Davis, is upon us.

“Tank” has played it cool throughout the week but seems to be irked by the Las Vegas product.

Barring an upset loss to “Rolly,” Davis taking the training wheels off could give boxing fans and critics alike the entrée fights that they’ve been yearning to see.

That "it factor" has always been there with Davis whose magnetic appeal and backstory combined with his scintillating knockout power have already made him a superstar.

Savory mega bouts, however, will determine if “Tank” is truly “The One.”