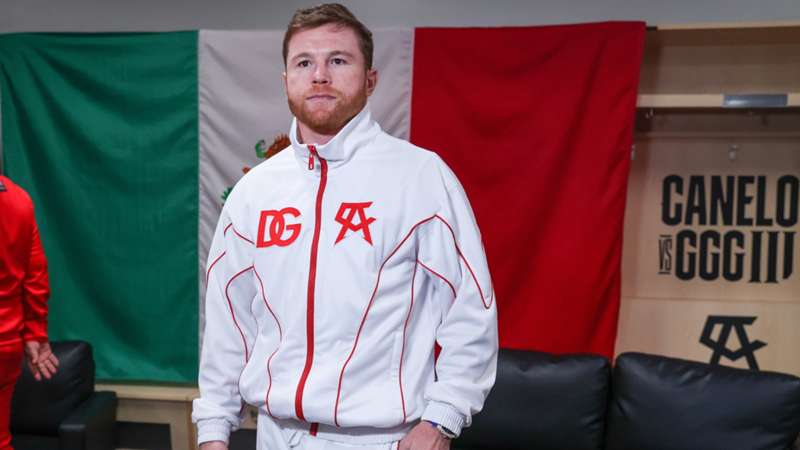 A match-up would be far from certain given Canelo’s desire for only the biggest events, but the Mexican could be ordered to fight the experienced Briton after he became WBO interim champion when he defeated Zach Parker on Saturday night at the O2.

Parker lost in the fifth round when a delicately balanced fight was stopped due to his broken right hand that he likely suffered in the previous round.

“I’m obviously gutted,” Parker said after the fight, reported BoxingScene.com. “It was a f***ing uppercut at the start of the (fourth) round. You could see how bad it’s hurt now. I’m gutted but I hope he goes on to good things. I’ll obviously come back stronger.”

He added: “It was warming up into a good fight.”

Two cards had Parker leading 39-37, with another scoring it 38-38 before the premature end to the clash.

The 35-year-old Ryder is yet to hold a full world championship belt and could be an option for Canelo to make a return to the ring.

Last May he lost to Dmitry Bivol as he challenged for the WBA light heavyweight belt, and followed up with a win over Gennadiy Golovkin in September, before heading for surgery.

With Bivol still waiting to secure a tilt at unified light heavyweight Artur Beterbiev, he may not wish to take on Canelo, which might give the Mexican cause to consider a tune-up fight on his traditional Cinco de Mayo weekend.

“I’m standing pretty now,” Ryder acknowledged. “It would be a dream to fight Canelo on Cinco de Mayo… whenever or wherever. It’s a great win for me. This is where I want to be, whether to fight Canelo for any of the four belts, so be it.”