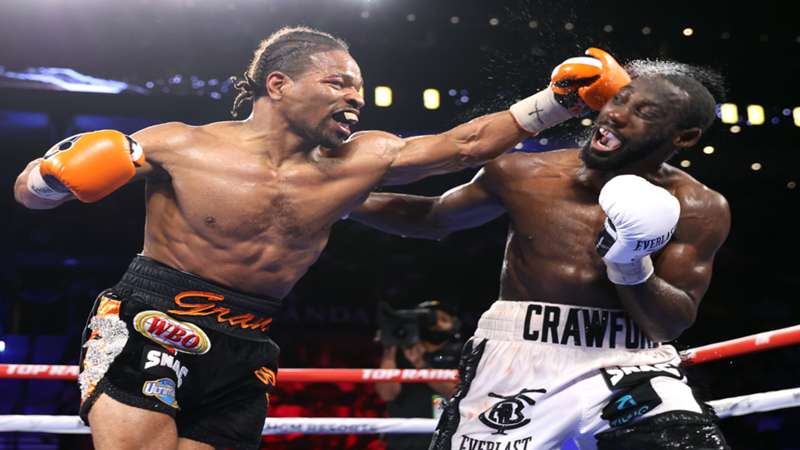 The retired welterweight is looking at other interests after leaving boxing.

Shawn Porter came to the world of tailoring the same way he came to boxing. He never thought he'd make it big, but things worked out.

Yes, you read that right. Shawn Porter, the same man who won two world championships (IBF and WBC), who was always known for giving his all in the ring and facing the biggest names, came to the sport with no expectations, but he believed when he was told he had the qualities to be world champion.

"I know you won't believe me, but I never really had the ambitions that many professional boxers have to fight forever and be remembered forever. Mine was fighting for a short period of time, make a lot of money and do what you have to do to be remembered... that's why now when they call me a legend it takes my breath away," he said in an interview with DAZN News.

Porter, 35, retired from boxing in November 2021 after being knocked out by Terence Crawford in Las Vegas when he tried to regain the world championship. The decision was a no-reversal.

"Nobody likes to lose. Wow, I've got like four and a draw in my career, I hated them, but I feel like I'm where I am because of them. One more win and I couldn't travel alone, one more big night and I couldn't go out and do the things I do, enjoy my family, the atmosphere of the people. Two more wins and I probably could have been Floyd Mayweather and I couldn't go anywhere at all. I honestly feel like the script of my life and my career is perfect," he added.

Porter knows the time will come when he may be tempted to get back in the ring - that strange feeling of getting that special shot of adrenaline - so he is preparing and focusing on his new projects. He's a commentator and now he's about to start a line of suits that has the public divided over his flamboyant and colorful style.

"The suits thing, it just happened. I love wearing suits, I do it all the time. I have a tailor who helps me design my own clothes and people started saying I should start my own label. I feel like it's a Cleveland thing. A lot (of the inspiration) comes from characters I saw on TV, they dressed like that, (NFL player) Michael Irvin, some other guys.

Porter doesn't know what's in store for him in this new phase, but what he is sure of is that even though it sometimes "hurts" not to be the one stepping into the ring and taking all the applause, he knows he´s better in his new place.