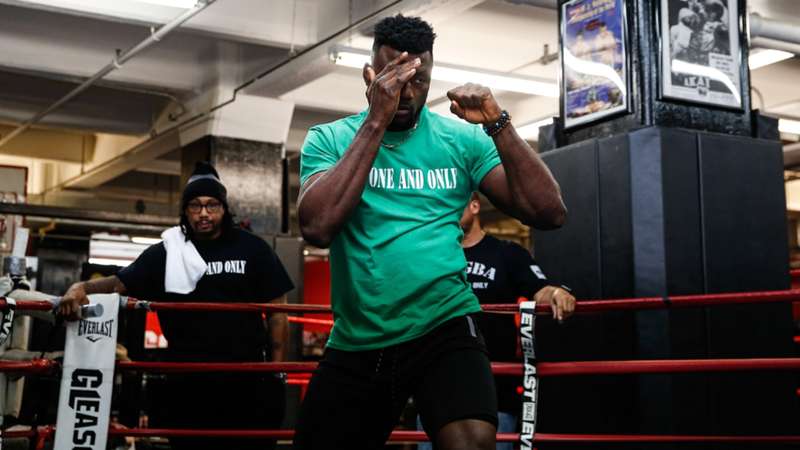 Will this backing give the knockout artist the extra push to further impact the heavyweight division?

The heavyweight division could have a real problem on its hands now.

On Wednesday, Top Rank announced that it has signed Efe Ajagba to a long-term promotional agreement. The 26-year-old undefeated heavyweight knockout artist has already impacted the division by recording a 13-0 record with 11 knockouts. By enlisting Top Rank and also the services of manager James Prince and head trainer Kay Koroma, the Nigerian-born fighter's impact could be that much greater on the boxing world ... and he knows it.

“I made this decision to become a better boxer and to advance my career," Ajagba said in a press release about signing with the promotional banner. "That’s why I signed with James Prince and Top Rank."

The 6-6, 240-plus-pound Ajagba is expected to make his debut under the Top Rank banner sometime this year.

"When I return to the ring soon, you will see a new Efe Ajagba," he promised. "Kay Koroma and I are working on my head movement and defense, as I seek to become a more well-rounded fighter.”

“Efe Ajagba is one of the most gifted young heavyweights I’ve seen in quite some time,” Arum said. “He has immense physical tools and a great work ethic. I have the utmost confidence that we’re looking at a future heavyweight champion.”

Top Rank already counts WBC heavyweight champion Tyson Fury in its outfit. Ajagba already ranks in the top 15 by two of the major governing organizations, and it should be exciting to see if he can put himself in the conversation led by Fury, unified world heavyweight champ Anthony Joshua and former WBC titleholder Deontay Wilder as the best heavyweights that the sweet science currently has to offer.

There's no doubting Ajagba's power, as six of his 11 knockouts have been produced in the first round. He also notoriously holds the record for the fastest win in boxing history, when Curtis Harper walked out of the ring one second after the bell tolled for their August 2018 bout, leading to an instant disqualification — not to mention, one of the most bizarre endings to a fight.

Ajagba delivered a ninth-round TKO of Razvan Cojanu during his last time out this past March.