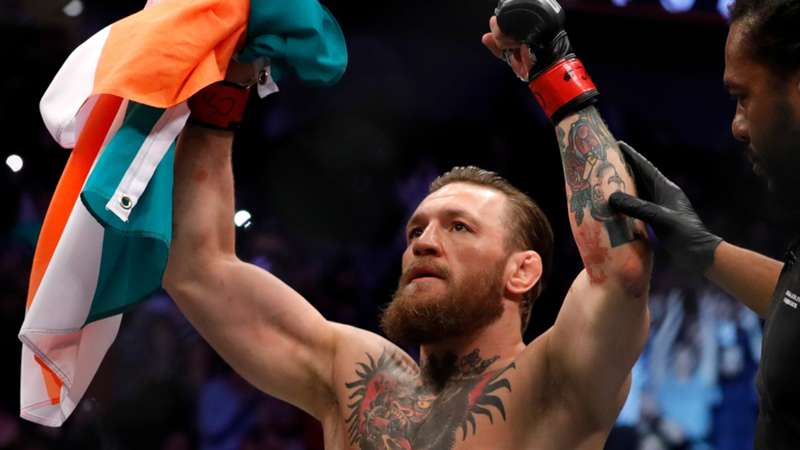 "Mystic Mac" is back to kick off the UFC pay-per-view schedule for 2021.

After announcing his retirement and bickering with UFC president Dana White, Conor McGregor is back.

McGregor announced Thursday morning through his website, The Mac Life, that he signed his bout agreement to return in a rematch against Dustin Poirier in the main event of UFC 257 on Jan. 23.

BREAKING: Conor McGregor (@thenotoriousmma) has signed his bout agreement for his rematch with Dustin Poirier for January 23. pic.twitter.com/2Pmh4MdZyj

It's unknown where UFC 257 will take place. McGregor has brought up AT&T Stadium in Texas, and Dallas Cowboys owner Jerry Jones has said he likes the idea. But White shot the idea down, even though he wants a crowd for UFC shows and Texas is allowing some fans to attend sporting events. The UFC has been holding their cards at the UFC Apex in Las Vegas and Fight Island in Abu Dhabi.

McGregor and Poirier met at featherweight over six years ago at UFC 178 in September 2014, with the Irishman winning via first-round TKO.

McGregor (22-4) returns for the first time since his 40-second knockout win over Donald Cerrone at UFC 246 in January. MMA's biggest star's absence since then wasn't due to McGregor wanting to sit out. White brought up the fact it would be hard to have him compete while not having fans at the arena because of the COVID-19 pandemic.

Poirier (26-6, one no contest) also has fought one time in 2020, beating Dan Hooker by unanimous decision in one of the year's best fights. The former interim 155-pound champion has won five of his last six, with the setback coming against current lightweight titleholder Khabib Nurmagomedov at UFC 242.