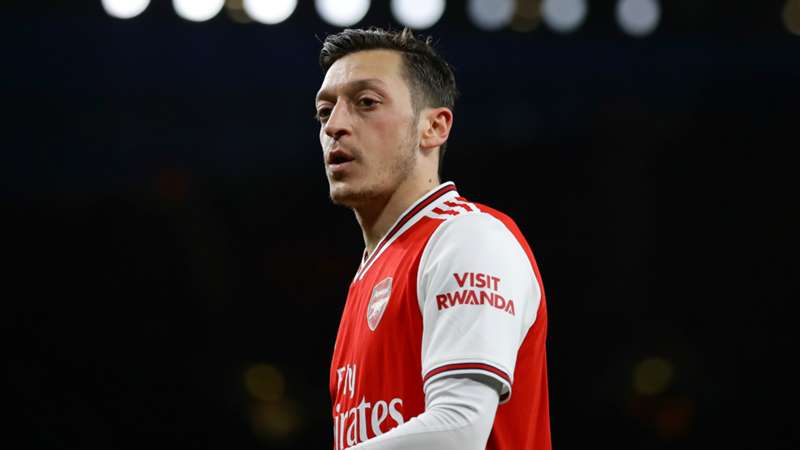 The 32-year-old has been sidelined all season as Mikel Arteta considers him surplus to requirements.

It's obvious that the Mesut Ozil era is over at Arsenal.

However, Ozil remains an expensive item on the Gunners' balance sheet as he's contracted through the end of the season despite not being in Mikel Arteta's plans. The Arsenal manager followed his predecessor, Unai Emery, in banishing Ozil to the private boxes after a brief period during which the midfielder was — in effect — auditioning for his own job.

The audition didn't go well for Ozil: the 32-year-old was not registered by the club for the first half of the Premier League and Europa League campaigns, making him ineligible to play for months on end.

Ozil hasn't stepped on the field for the Gunners since March 7, 2020, yet he continues to collect on a £350,000 per week contract the club is keen to shed.

With his future at Arsenal very much decided, Ozil has reportedly softened his stance on remaining at Emirates Stadium through the duration of his contract. According to a report by The Athletic, Ozil would be willing to forego some of the remaining salary in order to join another club during the current transfer window.

The German would earn another £7 million if he were to stay at Arsenal for the rest of his contract, so a relinquished salary could cost Ozil millions. While he wouldn't be expected to give up his entire pay packet, it will likely take a substantial sum to hasten his movement to another club.

Fenerbahce and MLS club D.C. United have been linked to the player's signature, although Ozil would only be willing to join the Turkish side if he leaves Arsenal this month.