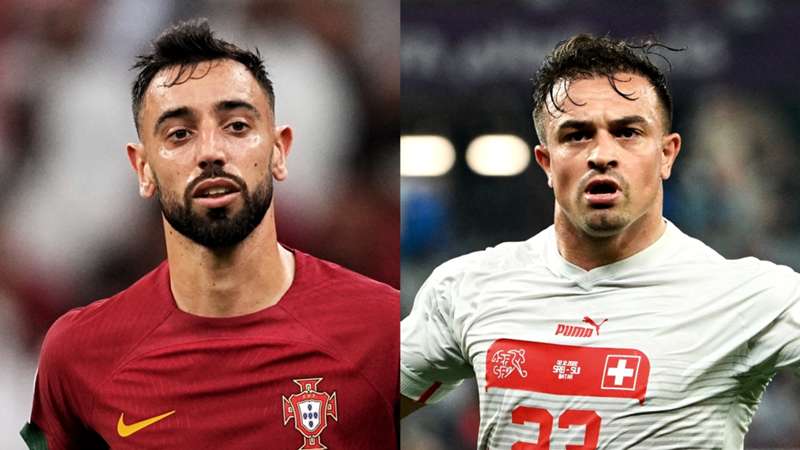 Switzerland impressed in the group stage, finishing tied on points with Group G winners Brazil and only missing out on the top spot by virtue of a single goal.

The Swiss now face a Portugal side in the last 16 that topped their group, although the Portuguese dropped their final group stage match to a determined South Korea side that needed a victory to advance.

Portugal were among the higher-scoring teams in the group stage, while Switzerland have employed a steadfast, defensively responsible style of play thus far.

Which approach will prove successful? Here's everything you need to know about Tuesday's match.

Portugal vs. Switzerland: What time is kickoff at Qatar 2022?

Portugal vs. Switzerland: How to watch on TV or streaming

Viewers in the United States can watch the match on FOX or FS1 (English) or Telemundo (Spanish). FOX can be streamed live on fuboTV  (start your free trial today).

In Portugal, the match is available on Sport TV 2 or RTP. Viewers in Spain can watch on SRF, RTS or RSI.

For listings in your region, consult FIFA.com .

Portugal vs. Switzerland: What stadium is hosting the match?