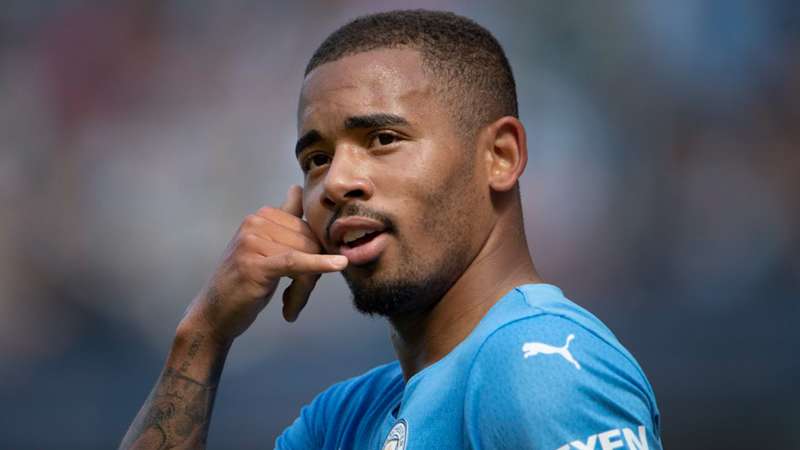 Manchester City are champions once again while Liverpool take second, and Leeds United secured their Premier League survival at the expense of Burnley.

For a time, it looked like Manchester City would infamously blow the Premier League as they somehow went down 2-0 at home to Aston Villa with only 10 minutes remaining.

Liverpool had gone behind early to Wolves but rallied to 1-1, meaning another goal for them would have secured the title.

However, while Liverpool was able to grab a 3-1 win in the end, City also added three late goals, with two from Ilkay Gundogan and another from Rodri being enough to top the league.

Elsewhere, Leeds United stayed up with a 94th-minute goal from Jack Harrison earning a 2-1 win at Brentford, while rivals Burnley fell 2-1 at home to Newcastle United.

That saw Burnely fall to the second tier of the football pyramid, joining Watford and Norwich City in the Championship next season.

Arsenal were 5-1 winners over Everton, who only had just secured their own Premier League survival, but north London rivals Spurs finished fourth and took the Champions League spot with a 5-0 win against Norwich City.

Elsewhere, Ralf Rangnick's final game in charge at Manchester United ended in a 1-0 defeat at Crystal Palace, but it was enough to secure Europa League football with Conference action now David Moyes' reward for seventh place, as West Ham lost 3-1 to Brighton.

Chelsea won 2-1 against Watford going into an uncertain summer, but with the third spot safe, and Leicester beat Southampton 4-1 in the day's dead rubber.

facebook twitter whatsapp
United managed to lose 1-0 to Crystal Palace in their last game of the season, but West Ham's 3-1 defeat to Brighton means sixth place is Erik ten Hag's to enjoy next season.

facebook twitter whatsapp
Spurs crushed Norwich City, and Arsenal did the same to Everton, which means that Antonio Conte kept hold of their advantage and failed to do a Spurs. Conte and Arteta have been two of the most effective managers of the season.

facebook twitter whatsapp
Leeds managed a 1-1 draw at Brentford, and that point separated them from Burnley, who lost 2-1 at home to Newcastle.

It was an astonishing comeback from the retaining champions, who have done it again and held off Liverpool.

For Guardiola, it buys him time to try again at the Champions League with Erling Haaland, while Liverpool has failed in their attempt to win the quadruple. A brilliant side nonetheless, and they must pick themselves up for Real Madrid.

The home side level.

If this is how it stays, they retain the title in a remarkable fashion.

Chaos now as both Liverpool and City are drawing and 10 minutes remain.

Burnley is behind 2-1 now, but Raphinha has sorted it for Leeds.

Ah, Pep Guardiola might need to sort his players out here.

He has another. Elsewhere in the Premier League, Newcastle is up 2-0 at Burnley with another Callum Wilson effort.

Simply sensational. Deki cuts onto his left and curls it into the top corner to make it 3-0!!! ✨

They're back with a two-goal cushion, but that's not enough with the Spurs still in the lead.

50': Solly lays it off to Joel just inside the box and the Dutchman drills home our equaliser! 🇳🇱

Arsenal has a goal advantage while the Spurs are still up 2-0.

The Ralf Rangnick era may not even get a whimper on the way out.

36: Wilf picks up a loose pass, bullies his way through the United defence and turns it into the far corner.

Blimey! It's on the cards. Could it happen?

Ramsey advances, Digne crosses and Cash rises to head home at the back post! Up the Villa! 🤩

Gabriel Martinelli from the spot and then Eddie Nketiah four minutes later, and Arsenal are coasting. Meanwhile, Spurs are 2-0 up.