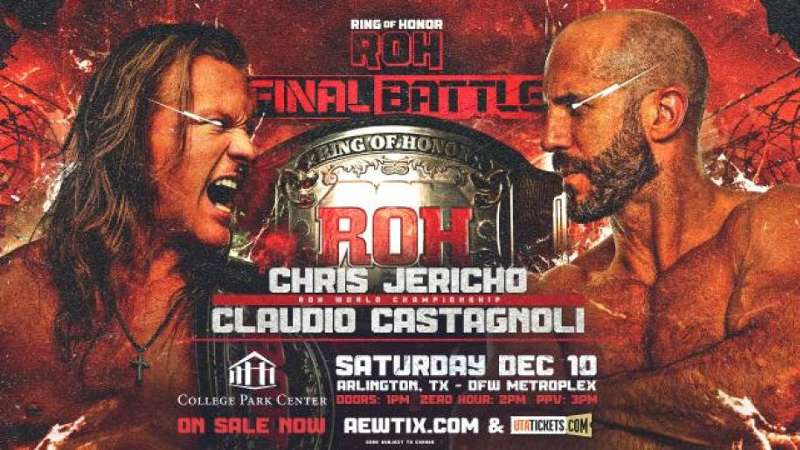 Several titles are on the line.

The biggest Ring of Honor event of the year goes Saturday as ROH Final Battle takes place at the College Park Center in Arlington, Texas.

Headlined by a ROH World Championship match between Chris Jericho and Claudio Castagnoli, Final Battle's main card features many personalities from All Elite Wrestling. Five other titles are also on the line, including a Daniel Garcia vs. Wheeler Yuta Pure Wrestling Rules match for the ROH Pure Championship.

On the women's side, Mercedes Martinez defends the ROH Women's Championship against Athena.

Here is everything you need to know about ROH Final Battle 2022.

How to watch ROH Final Battle 2022

Viewers in the rest of the world can watch ROH Final Battle on FITE.