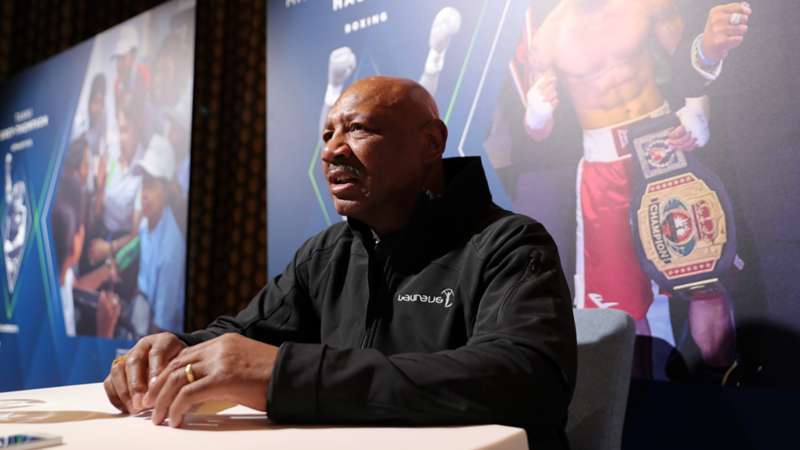 The sporting world was left stunned Saturday night as the news of Marvin Hagler’s death at the age of 66 sent shockwaves through boxing. “Today, unfortunately my beloved husband 'Marvelous' Marvin passed away unexpectedly at his home here in New Hampshire,” his wife Kay Hagler announced on Facebook.

Hagler, arguably boxing’s greatest ever middleweight, made his name in the sport’s 1980s heyday when he participated in legendary encounters with Roberto Duran, Thomas Hearns and Sugar Ray Leonard. His 1987 loss to Leonard, a fight that has long split opinion, was Hagler’s final battle as he walked away from the sport and never returned. Up until that point, he had long been recognised as one of the sport’s finest combatants.

Winning the world middleweight title in emphatic fashion by destroying Alan Minter in London in 1980, Hagler embarked on a memorable journey that brought some of boxing’s biggest ever nights. His 1985 three-round epic with Hearns was fought at a ridiculous pace and was eventually settled by Hagler’s brute strength and power. The boxing community has been united in their grief for the man from Brockton, Massachusetts.

Former world heavyweight champion Lennox Lewis tweeted, “I’m simply stunned to hear the news of Marvelous Marvin Hagler. Not only was he a living legend, but I was proud to call him my friend. He was so full of life, energy, and positivity in our conversations that you would never guess what a wrecking machine he was in the ring.”

Oscar De La Hoya, a fighter who emulated Hagler by becoming middleweight champion in 2004, added on his Twitter page: “Saddened to hear about the death of Marvelous Marvin Hagler. One of the greatest to ever step in the ring.”

Top Rank, the promotional company that staged some of Hagler’s biggest nights, demonstrated their sympathy via Bob Arum. “Marvelous Marvin Hagler was amongst the greatest athletes that Top Rank ever promoted. He was a man of honor and a man of his word, and he performed in the ring with unparalleled determination. He was a true athlete and a true man. I will miss him greatly.”

A visibly shaken Michael Buffer, on announcing duty for Saturday’s Juan Francsico Estrada-Roman Gonzalez bout, led an emotional tribute before an impeccably served 10-bell salute. He also took to Twitter to pay a personal tribute. “I am crushed at the news that Marvelous Marvin Hagler has passed away! He was in his prime - Pound4Pound - the best going 11 years in 38 fights w/o defeat! He dominated the MW division 4 a decade! 62 wins/52KOs - 3 losses.”