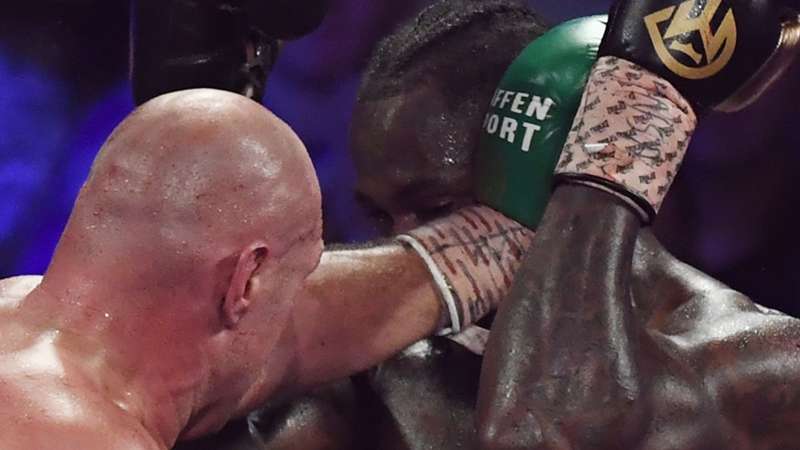 Eddie Hearn dismissed Deontay Wilder’s claims that Tyson Fury cheated with his gloves when the pair fought in 2020.

In the February rematch, Fury claimed the WBC belt from the Bronze Bomber and Wilder has consistently blamed other factors for his defeat, including allegations that his water was spiked, Fury’s gloves were weighted, and that his pre-fight costume was too heavy.

“If you've ever been in a dressing room at a fight, particularly in the Nevada State, I don’t see how you can tamper with your gloves or your wraps from the moment they’re wrapped up in the dressing room to the ring,” he said.

“To be honest with you I don’t see how sliding your hand down the glove is going to give you an edge when you punch somebody.

“I think you would break your hand, if your hands are not properly in your glove.

Hearn then suggested that he had doubts over whether the planned Fury-Wilder trilogy rematch would even go ahead.

“What baffles me more: do you think that fight happens on July 24?” he asked.