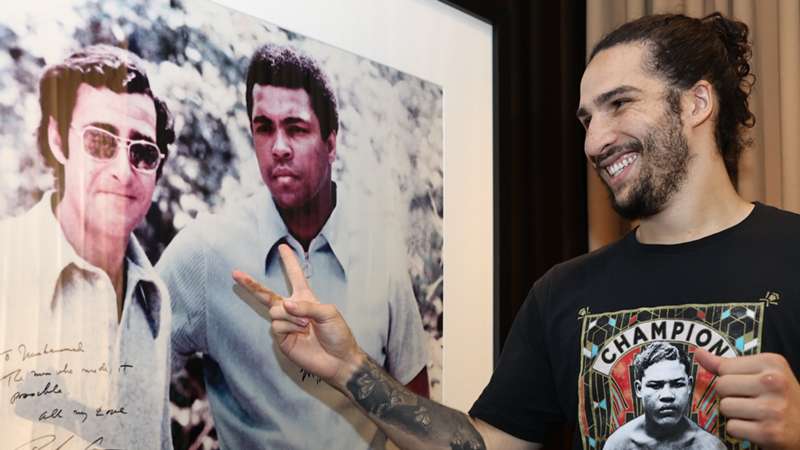 The 21-year-old has two wins to his name.

The fighter sent James Wesley II to the canvas in the second and third rounds before his opponent was not allowed to continue by his corner. Lamar Wright, the head trainer for Wesley, waved a towel shortly into the third round to bring matters to a close.

Ali Walsh was fighting on the Jamel Herring vs. Shakur Stevenson undercard at State Farm Arena.

The 21-year-old American also won his first pro fight back in August, when he defeated Jordan Weeks by technical knockout.

It is not yet clear how much potential or talent has to build out his career, but he nonetheless was able to land some solid and troubling blows and took a couple of decent shots himself to suggest he may have inherited at least some of his grandfather’s famous resilience.