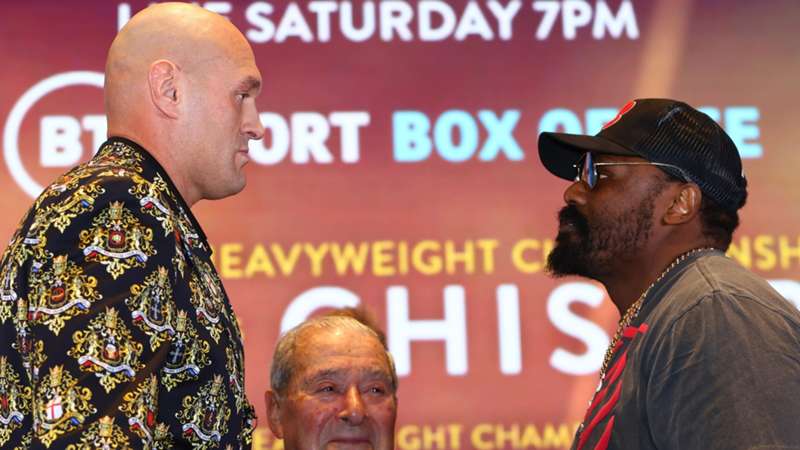 Carl Frampton is expecting an entertaining contest on Saturday night.

When the fight was initially announced in October, it did not go down well with fans with many hoping for the WBC world heavyweight champion to take on Anthony Joshua in a long awaited British grudge match.

Instead, a trilogy fight with the British heavyweight veteran was agreed despite Fury producing dominant displays in the two previous meetings.

However, despite the criticisms, Frampton claims that Saturday's fight could be better than Fury's clash with Dillian Whyte, which saw the WBC title holder triumph with a sixth round knockout.

"This fight is going to be better than Fury vs Dillian Whyte, because Derek is so aggressive. He’s just brave, he’s game, he really tries to have a go, although it’s just hard for me to see a way in which he can win the fight," Frampton told William Hill's Stripped Podcast.

“I think Derek is similar to Tyson in terms of how aggressive he is. In Tyson’s last fight against Dillian Whyte, I was really disappointed with Whyte’s performance. I thought Tyson was going to win the fight, but I didn’t think it would be as comfortable as it was, I was a bit disappointed with Dillian if I’m being honest.

“I think Fury will win the fight. He’s beaten him twice before, the second time was really comfortable for him, even thought it was a long time ago.

"I think they’re both different fighters now – Fury’s not as agile these days, he’s way more aggressive now than he was back then. He used to get up on his toes and move around and out-box people, but now he’s more ‘seek and destroy’.”