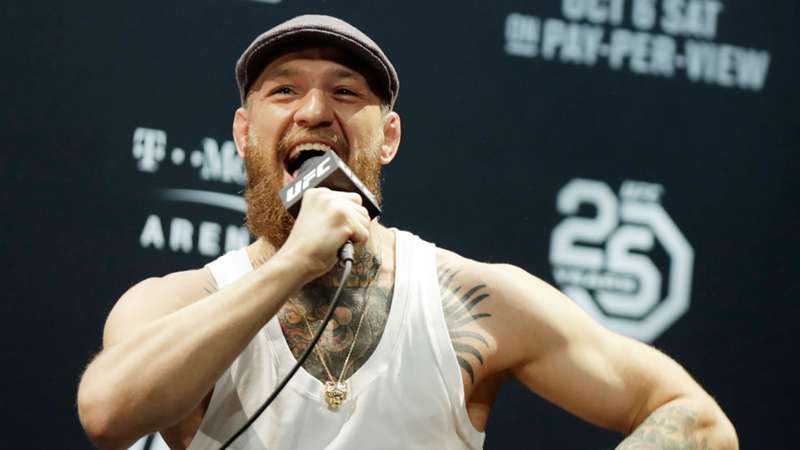 Conor McGregor's cryptic tweets have people believing that a boxing match with Manny Pacquiao may be on the horizon. Dana White doesn't seem to care.

Conor McGregor drifted off into retirement earlier this year after collecting a first-round stoppage against Donald Cerrone in January.

It appeared that he was unhappy with the UFC not booking him to face current interim UFC lightweight champion Justin Gaethje for the opportunity to face his rival, Khabib Nurmagomedov, who McGregor lost to in 2018.

“I laid out a plan and a method that was the right move, the right methods to go with,” McGregor said about his retirement due to being "bored of the game" back in June. “And they always want to balk at that and not make it happen or just drag it on. Whatever I say, they want to go against it to show some kind of power. They should have just done the fight — me and Justin for the interim title — and just kept the ball rolling.”

The retirement has been taken with a grain of salt by most considering that the Irishman has talked about leaving the sport many times in the past.

As expected, McGregor began to tease at the possibility of returning to the fight game with a cryptic tweet on July 30.

But what exactly was McGregor accepting? There was a challenge thrown out by rising star Khamzat Chimaev, who is friends with Nurmagomedov.

When asked about the tweet after UFC Fight Night in Las Vegas, White believed that was what McGregor meant.

"That was Khamzat,” White said. “Khamzat posted, ‘I want Nate Diaz, (Jorge) Masvidal, or McGregor,’ and McGregor said, ‘I accept.’"

But White shot down the possibility of the fight considering that Chimaev is relatively new to the UFC and his belief that McGregor is remaining retired.

But there was another McGregor tweet that soon followed that raised a few eyebrows.

It means "I accept" in Tagalog, the native tongue of the Philippines. Could McGregor be alluding to a boxing match with Manny Pacquiao? The former two-division champion has teased the idea that he could step back into the boxing ring again after being stopped by Floyd Mayweather Jr. in 2017. McGregor has mentioned his desire to box again, and with both he and Pacquiao sharing a management team, it may not be that far from reality.

But Dana White simply isn't interested in that fight at all.

Obviously, White would prefer for McGregor to make money for the UFC than boxing, but as we have all come to learn, Conor McGregor does what he wants. We'll have to see if this fight comes to fruition.